Tottenham Held At Bournemouth As Pressure Mounts On Jose Mourinho 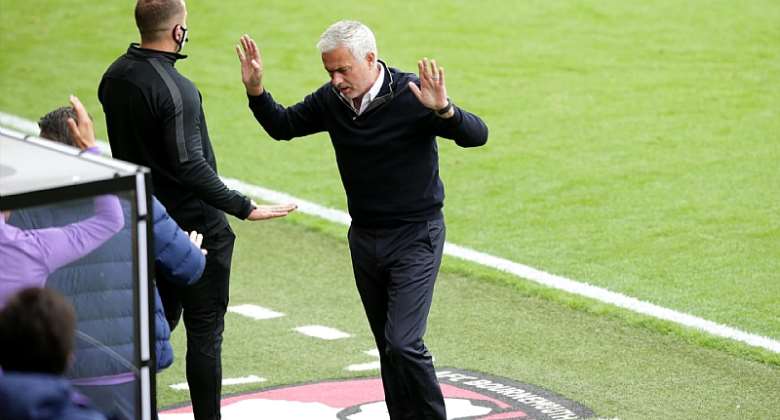 Jose Mourinho of Tottenham Hotspur feels his side should have had a first half penalty during the Premier League match between AFC Bournemouth and Tottenham Hotspur at Vitality Stadium Image credit: Getty Images

Bournemouth and Spurs played out a goalless draw that will do neither of them any favours in the Premier League.

Tottenham Hotspur were chasing a win to lift them into seventh place to remain in distant contention for a Champions League challenge, while Bournemouth began in 19th, in desperate need of points to climb out of the relegation zone.

Neither side offered much in the first half, with Hugo Lloris waiting until injury time to make his first serious save, and Spurs’ best chance of a goal might have been a penalty appeal denied after Josh King nudged over Harry Kane - who barely had a touch in the box throughout - at a corner.

In the second half, Jose Mourinho introduced Tanguy Ndombele and Heung-min Son from the start, but there was soon an extended break as Adam Smith collided with Ben Davies, suffering what seemed to be a serious head injury.

Mourinho introduced Lucas Moura with 15 minutes of normal time remaining, but the away side continued to struggle to break down their opponents with little wit or creativity.

Spurs are now a mid-table side, and unless there is a radical change at the end of the season it is hard to see how they can improve next season. Bournemouth seem just as doomed.

Majority’s approval of 2022 budget is a show of middle finge...
8 minutes ago