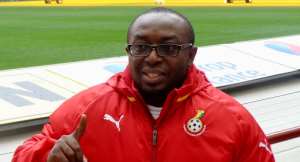 Former Asante Kotoko and Tudu Mighty Jets coach, Isaac Opeele Boateng has expressed his disappointment in President Akufo Addo for failing to come to the aid of the football community.

The 2019/20 football season has finally been cancelled because of the novel coronavirus.

The leadership of the Ghana Football Association (GFA) engaged government on the resumption of football begins closed doors.

However, according to reports, the FA's leadership through its medical team failed to convince government with their proposal to resume football.

Government was called upon to support the clubs and FA with stimulus package but their argument was not accepted.

It is unknown when football will return. Meanwhile, Kotoko and Ashgold will represent Ghana in next season's CAF Champions League and Confederations Cup.

And according to the former Black Starlets assistant coach, President Akufo Addo who is known to be a football person has disappointed the football fraternity.

"We were having Zylofon sponsorship but after the Anas expose, the deal was called off.

"If we are in this era and the government had to go for a loan to cushion itself and support other institutions, why don't you come in and do the same for our football?.

"The President can issue directives for government institutions to come on board to support Ghana Football.

"This is not about the Sports Ministry but the government and I think President Akufo Addo has failed us," he added.

Football came to a standstill mid-March.