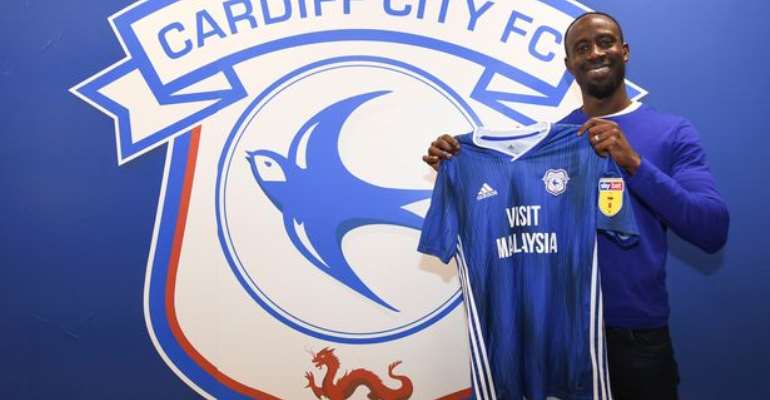 Cardiff City manager Neil Harris has revealed that Albert Adomah wants to remain in South Wales for the rest of the season.

Adomah signed on loan for the Bluebirds in January, only six months after joining Nottingham Forest on a free transfer from Aston Villa.

The 32-year-old's loan officially ends at the end of June, but because he has been de-registered from Forest he cannot return to the City Ground and play the rest of the campaign for Sabri Lamouchi 's side.

And the former Millwall boss says he is currently awaiting official confirmation that Adomah and fellow loanees Dion Sanderson and Brad Smith will stay at the club.

"We have to seek permission from the loan clubs but they cannot deny it," Harris told the BBC.

"So it does become a decision between the player and the club.

"I spoke to all three individually, all are really happy, have really enjoyed it and want to stay.

"I want them to stay and be part of it so it is just going to be a question of the paperwork in the weeks to come."

Adomah made 27 appearances for the City Ground side and has since played six matches for Cardiff.

Mahama Installed As Development Chief Of Apesika
2 hours ago

New Voter Roll: EC Quickly Restored My Name After I Raised A...
2 hours ago