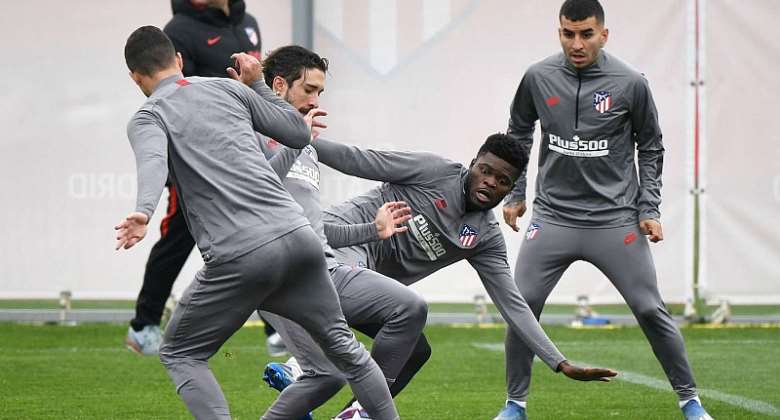 La Liga team have resumed training after the season was suspended following the outbreak of the coronavirus pandemic.

Players, however, must be tested before training and have to maintain social distancing, something that isn't the norm with regular training routines.

"It was different," Partey said after the training session. "We suffered a bit at first because we're not used to training and keeping a distance [between each other], but we'll get used to it.

"We're used to being on vacation, training and playing with friends, but we could only stay at home, so it's been difficult. Because of the situation though, we've had to get used to it. We had to keep training at home as much as we could.

"The problem is that we haven't been able to touch the ball and play in groups, but we know we have to move little by little towards normality."

Partey has played 35 times in all competitions for Atletico Madrid this season.

The 26-year old has been increasingly linked with a move away from the Wanda Metropolitano, with Arsenal rumoured to be in the lead. Manchester United, Liverpool, Juventus and Bayern Munich have also been said to keep tabs on the midfielder.