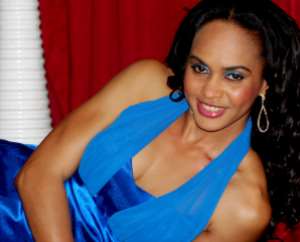 'Journey to stardom' star, Tosin Sido as you're reading this, has parted ways with her hubby.

Tosin Gloria Sido, who became famous after her role in Figurine, has walked out of 3 year-marriage due to irreconcilable differences.

While it remains unsure if the actress has legally divorced her hubby, it was gathered that she packed out of her matrimonial home in Lekki without her hubby in the know.

Though, some people are carrying some nasty rumor about the sultry actress that prolific movie maker, Kunle Afolayan might have an influence in her marriage break. Arrant nonsense you would say!

Anyway, she is said to have packed into a new home in Magodo area of Ikeja, Lagos State, where she currently resides with her only child, a son whose paternity is questionable.