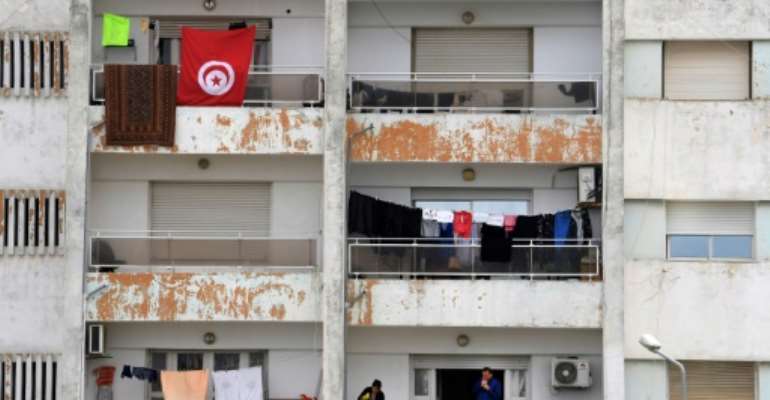 Tunisia has been under night-time curfew since March 17. By FETHI BELAID (AFP/File)

Tunisia is setting up a free mental health helpline to support families following a spike in domestic abuse linked to the lockdown to curb the coronavirus, a government minister said Friday.

Asma Shiri Laabidi, the minister in charge of women's affairs, told AFP there had been a five-fold rise in the number of domestic abuse cases reported in recent days compared with the same period last year.

More than 40 cases involving abused women were recorded between March 23 and 29, compared to just seven during the same week in 2019, the minister said.

Most were aged between 30-40 and living in remote areas of the country, she said, adding that the abuse involved verbal or physical aggression and that two women had to be hospitalised.

"Confinement has significant consequences for families. Tensions have risen and the risk of women being attacked is much higher," Laabidi said.

From Monday, the toll-free number 1809 will go into service in the North African country and will be run by 11 volunteer psychologists, she said.

Families, including children, can reach out for help from 8:00 am until midnight and the experts will try to provide advice on how to manage stress during the lockdown.

Tunisia has been under night-time curfew since March 17 and authorities imposed stricter lockdown orders from March 22.

Originally scheduled to end on April 4, the lockdown has been extended for a further 15 days as the country tries to stem the spread of the virus, which has claimed at least 14 lives.

Another toll-free number set up by authorities in 2016 to deal with domestic violence registered more than 9,000 calls from Tunisian women reporting abuse last year, according to Dejla Ktari, who heads the department in charge of such issues.

The regular hours of that support line have also been extended to an around-the-clock service during the lockdown, the minister said.