Ghana: Did We Go Or Did We Come? 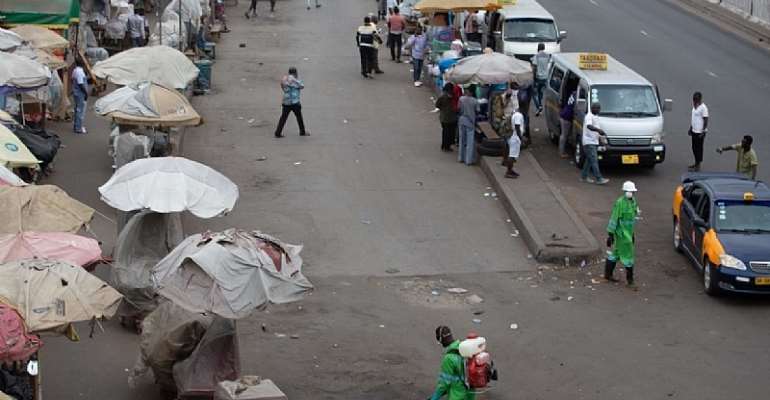 With the typical stubborn Ghanaian attitude, the best chance we ever had in our history to move from the status of least developed country (LDC) to well-industrialized was during the 19years of P(NDC).

We put on our best behavior because we were whipped in line with brute force to the point of strictly obeying a 3year-curfew, but resisting a 2-week partial lockdown because we're under democratic governance.

We, however, failed because leadership over the period had neither vision nor competence. Their focus was using the power of State to intimidate the populace into submission just to perpetuate themselves in power and improve their personal socioeconomic well-being.

The great Osagyefo Dr Kwame Nkrumah, Ghana's first President and a great visionary, could have also changed the fortunes of our country but his vision was derailed by some decisions he took, key amongst which was the Preventive Detention Act.

Unquestionably, the man had a vision that was way ahead of his time and that of most Ghanaians which he was convinced was going to ensure to the people.

And to achieve this, he put in measures to silence his critics because he considered them as elements bent on distracting his great vision, rather that equal patriots only proffering alternatives.

In the end, those he tagged as nationwreckers but were convinced they had equal stake in affairs of State, became rebellious and the consequences are well-chronicled.

Now, Dr Mahathir Mohammed took power and served the same number of years in office with Rawlings of Ghana. But the former succeeded while the latter woefully failed. And the strategy was simple:

Dr Mahathir had a vision and a mission to execute it. He, therefore, didn't want to be distracted but also didn't want to cow his critics through brute force.

He rather focused on his job but filed a lawsuit against anybody who accused him of any wrongdoing. So while the law courts were dealing with his accusers, his attention was firmly on his vision.

Under the study of International Political Economy are two key aspects of how a nation is governed:

Developmental democracy is when a country, though democratic, priorioritise the developmental agenda for the people to reap the benefits to the point where they are even ready to forego certain rights.

A case study of this is Rwanda: though democratic, the people of Rwanda have been conscientised that unbridled libralisation of the media where political party bigots engage in foolish talk is a danger to their national cohesion, in the light of their recent-past history of genocide where 800,000 Tsutsis and moderate Hutus were slaughtered by hardline Hutus within a period of just 100 days.

Discipline is checked with military precision and people are given no room to misbehave under the guise of democratic rights. As a results, Rwandans now live in a nation with best environmental cleanliness and orderly society where systems function with clockwork precision.

Democratic development is what Ghana has opted for, where priority of citizens to exercise their rights, even supercedes the responsibility to protecting themselves from total extinction by the deadly coronavirus pandemic and therefore engaged in Street brawls with rrading of our security agencies lawfully mandated to keep people off the streets in observance of the lockdown.

Democratic development priorioritise foolish talk by mentally-derranged bigots masquarrading as political party leaders and their stark illiterate serial callers, to engage in intellectually-constipated cacophony from dawn to dusk, while we are incapable of a fundamental task of keeping our environment clean.

We have been blessed, also, with a media that lacks focus, allergic to facts, constipated in logic and bereft of integrity. Our media never adhere to core principles of journalistic etiquettes. Their platforms are readily available to fools with deep pockets and therefore can return favours with huge brown envelopes.

CORONAVIRUS, AN UNPRECEDENTED CATACLYSMIC APOCALYPTIC PANDEMIC IS STARING US IN THE FACE, YET, THE GHANAIAN MEDIA IS FOCUSED ON DEMONIZING PERSONNEL OF OUR SECURITY AGENCIES, AND TACITLY ENCOURAGING LAWBREAKERS TO FLOUT THE LOCKDOWN RULES.

DID WE GO OR DID WE COME?