Where From The Media Tyranny?!!! 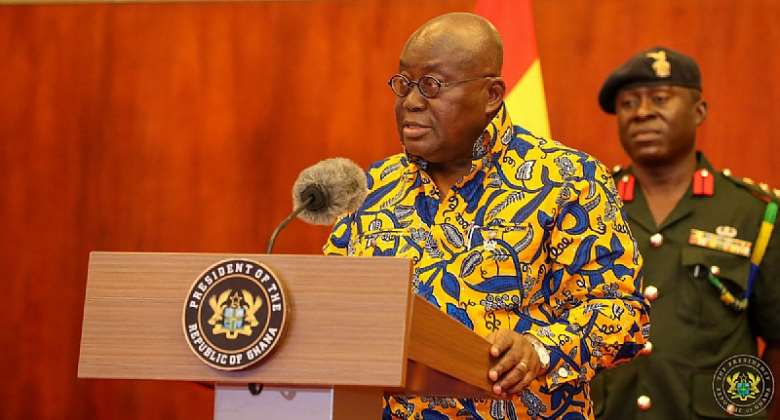 To Ghanaian journalists, free media is when they describe both the person of Nana Addo, his administration and all his appointees as stupid, foolish, useless, hopeless; and those of us working in his government come out to say we're in perfect agreement.

To them, appointees of HE Nana Addo have no right to respond to anything they say because we're being "paid with taxpayer's cash". They're always on social media insulting Nana Addo and when we respond, we're described as "social media landguards".

The 2 core mandates of journalism are to educate and inform, with verified facts and figures pertaining to issues. But Ghanaian journalists will, ignorantly, tell you "it is not our duty to probe the opposition because they don't collect and manage our taxes".

But they forget that whatever Dramani Mahama, his entire household and all the staff of his office enjoy, including fleet of fresh V8s, free fuel, accommodation, clothes and fat salaries/emoluments, are also paid for by ordinary Ghanaian taxpayers.

To Ghanaian journalists, being effective, bold, fearless, credible, and impactful in their reportage, is conterminous to, perpetually, turning blind eyes and deaf ears to whatever, the opposition say and do, but put constant searchlight on government.

Ghanaian journalists, unashamedly, talk this way, and it leaves me with no consternation, why they're never mentioned, when real journalists are being recognised on the global stage. They don't write; they only shout into microphones and cameras.

And like I keep saying: Rwandans don't talk 24/7, and their country is at 155th position on this Press Freedom Index by Reporters Sans Frontière(RSF), yet, their State institutions work with impeccable efficiency, and we are trooping there to learn from them.

I remember Multimedia, the parent company of JoyFM and its numerous affiliates, sending Gifty Andoh-Appiah to Rwanda on a working-trip sometime in 2018, and she returned with mouth-full of praises about cleanliness of the capital Kigali.

But what she failed to tell Ghanaians was how Rwandans achieved that enviable global image of impeccable environmental cleanliness. She didn't tell that story because she realised journalists in Rwanda don't fool as they do in Ghana. There's total discipline.

Due to their history of genocide, visited on them as a result of irresponsible and reckless journalistic dunderheads motivated purely by unknown demons, Rwandans have, collectively vowed never to allow re-emergence of any satanic agents in their society.

But in Ghana, unrepentant regime-changers masquerading as broadcasters and doing the bidding of the opposition, will turn round to shout "attack on media freedom", when the veil is liften off their ugly faces. Where in God's name from such media tyranny?!!

Ghana’s problem is pomposity, deception, lack of sincerity b...
28 minutes ago

Financial transactions will be allowed even without Ghana ca...
46 minutes ago