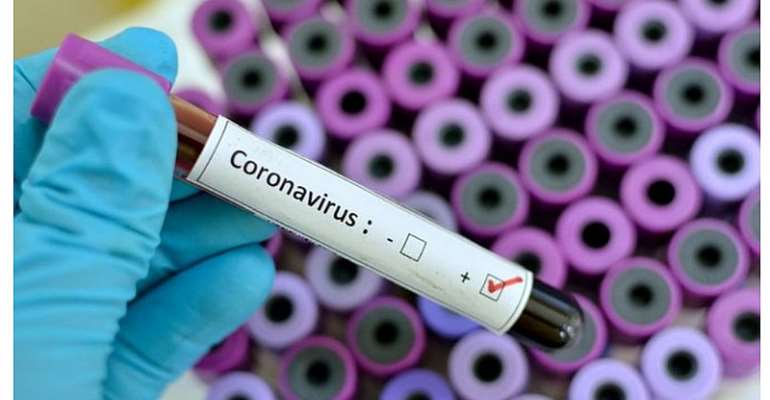 Impeccable information reaching ModernGhana has revealed that Mr. Daniel Djaba, a relative of the Djaba Family from Ghana has tested positive for the novel Coronavirus in the United Kingdom (UK).

The 53-year-old Mr. Djaba is reported to be on admission currently at the Intensive Care Unit of the Royal Free Hospital in the UK.

Royal Free Hospital is under the Patient Advice and Liaison Service (PALS) of the National Health Service of the UK.

Sources further disclosed that Daniel who is based in the UK attended some party that gathered over 100 people.

"We understand that Mr. Djaba has been at the Royal Free Hospital since 25 March. He tested positive for Coronavirus on 26 March. He deteriorated rapidly and acquired a bacterial infection, another viral infection, and pneumonia in addition to the Coronavirus whilst at South Ward," an unnamed close family source confirmed.

Mr. Djaba was intubated, sedated and placed on a ventilator and since then, he has been moved from bed 2 to bed 19 and finally to bed 9 at the unit.

The family is highly convinced at this stage that the hospital authorities are not forthcoming with the right update on the condition of their relative.

The source further hinted that the medical authorities at the Royal Free Hospital have for some days now given contradictory reports about Mr. Djaba's condition compelling the family led by one of their sisters to use legal means to push the hospital to do the needful.

The family is currently taking steps to ensure that Mr. Daniel Djaba is given the necessary treatment as a matter of urgency.

Hard facts further indicate that Mr. Djaba records have disappeared from the computers of the UK hospital.

"This is a matter of life-threatening and we hold the hospital responsible if Mr. Djaba dies in the hospital. We also understand that the hospitals are refusing to give him lifesaving treatment. Mr. Djaba has the right to life and the right to fair treatment. He is of black African origin and entitled to treatment who has worked in Ghana, France, USA and Germany," the family source angrily stated.