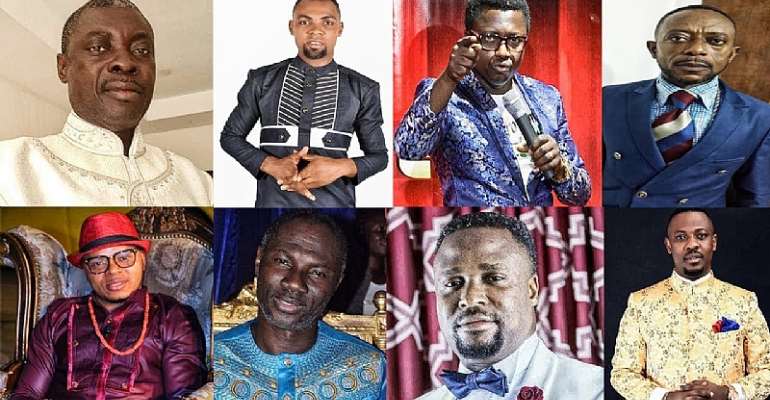 As every citizen has the right to participate in the political processes in their country, men of God are no exception. However, recognized as God's representatives on earth, it appears surprising sometimes to see men of God actively participating in the political processes of their country, not simply by voting or contesting, but more so running political commentaries for or against political parties while claiming to assume a neutral position. This is surprising because, from Old, the sacred scripture creates an image of an all-loving and impartial God. Hence, it stands to reason that it is not proper for such an impartial supreme being to stand with one political entity as against the other, not to talk of his representatives on earth.

The only supreme documents that suggest and orders the conduct of people in every country is the constitution of that country. From the 1992 Constitution of Ghana, as outlined in article 21(1) a, c, e, and 21(3) every citizen has the right to be associated, including with political parties, religious sects, amongst others, and equally has the right to vote and be voted for. Therefore, since men of God are citizens of the country, they have the right to vote and be voted for, and also have the right to join any political party of their choice.

What this article seeks to do is not to assert the rights of men of God, but to discuss their active involvement in the political processes of the country whiles assuming the role of neutral entities, as the claim has always been.

One basic thing that is mostly characterized by the electoral processes in most parts of Africa is the expectations and dependencies of prophecies from men of God to determine the possible outcome of an election. Indeed, the precipitous growth of these Pentecostal and charismatic churches with millions of their followers implies of the enormous power they wield in the nation as they play roles far more and beyond the religious sphere (Bamponi and Valois, 2017).

This acts of expectations and dependencies continue a long term ritual of people’s dependence on the voice of their supreme beings on who is thought to be the better option for leadership. An example that can easily pop up is the role of Prophet Samuel in the appointment and anointing of Saul and David as Kings (President) respectively for the people of Israel. Same with Zadok the Priest and Solomon’s kingship, and others stated in the sacred scriptures of Christians. Similar event is characterised with the elections of Kings for Traditional societies as traditional priests inquire of their deities for selection of leaders. One may assert that it is therefore not surprising to see same today in our political system.

However, the problem with the continuation of this long term religious ritual in this contemporary era is that it is more difficult to identify a very neutral man of God today as it were. This is because todays men of God are noted to be more politically polarized through their day to day sermons and orientation towards political opponents. A common trend is that most men of God today are noted to be very critical and critiquing during a particular political era, but more accepting and welcoming during other political eras.

Today, the question to ask is: Should men of God continue to tell who the leader(s) of the nation is before or during an election or should they remain passive to the whole process? Two points of arguments may be developed to support or substantiate this issue: first, the constitutionalist and secondly, the spiritualists. The constitutionalist may argue that when a man of God is recognized as a citizen of a country he has the full right as such to exercise and enjoy all such freedoms and rights that the constitution earmarks for them. The spiritualists may simply ask rhetorically that “Should a man of God keep mute when God has given him or her an information for the nation?”. Both arguments suffices to support the idea of men of God’s involvement in the political process of the country.

However, the skeptics may ask that in the era of “deceitful” men of God, how can we accept prophesies? How can we tell if God has really spoken to these men of God? How can we tell if the supposed message received is the same given without the element of underrepresentation, misrepresentation and overrepresentation? How can a person, even men of God assume total objectivity, when it is noted that humans are “political animals” and the issue of politics being very sensitise to talk about without being linked with a political party? How do we accept the prophecies of men of God on the outcome of an election when there are conflicting prophesies in an event where Prophet A speaks in favor of Party Y, and Prophet B speaks in favor of Party Z and both prophets say they are speaking the mind of God? These are often questions for the gods to answer.

In countries where majority of its populace are Christians, it is far more easy for the citizens to be persuaded by statement made by their religious leaders, and that threatens and trumps upon their ideals of choice in elections. This is because most people see their religious leaders as icons, if not God himself, and are more susceptible to follow their pronouncements in order to avoid political disappointment, that is failure of their preferred candidates to win. So, they then make choices in reinforcement of what their religious clerics say.

The role of men of God, and other spiritual personalities alike are very important. Knowing the repercussion of certain political speeches, it is prudent for men of God to be very circumspect when making statement of political nature. As Ghana is in the era of elections, it will be very plausible for men of God to, instead of, making subjective political commentaries under the guise of speaking the minds of God and hiding behind their titles as “men of God” to support political parties, use their position in society to rather educate their congregant on the best way of doing politics in speech and action. Men of God ought to be praying more for the peace of the nation than taking spaces in the media to be making flowery political statements to score points. A man of God who so wishes to give a subjective comment on political issues must do well to separate personal statements from supposed voice of God, as these things ridicules God. When this is done, it will help these men of God keep their integrity.

Nations develop when there is peace.
Every person in the nation has a role to play in protecting and improving the peace of the country: students have a role to play, so do businesses, politicians themselves, Civil Society Groups, and more importantly men of God. When all of us see the need for peace and work to attain peace, we will be peaceful with each other and within ourselves. When this is realized, we will work for peace rather than cry for peace in the coming elections in Ghana.