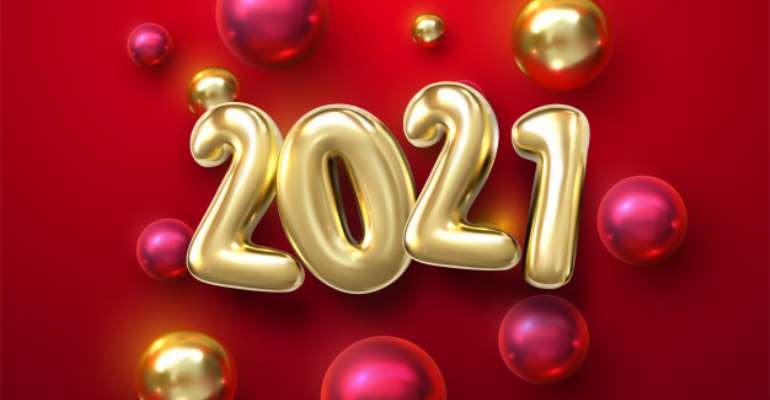 As Benjamin Franklin once said “if you fail to plan, you are planning to fail”, planning ahead of time is what “conscious” people do. Effective and efficient planning can mitigate the outcome of an unexpected situation.

To reduce uncertainties, clear confusion and set priorities in the coming year, most people draw up plans popularly known as a “New year resolution”. In this plan, an individual could spell out their Do’s, Don’t and expectations towards the year ahead.

It is the objective of everyone to have the desires of their hearts met just when they expect it. The expectation of the best is inevitable to the thoughts of man, even to the laziest of the human species.

While, as a matter of spirituality, some may not consider the Darwinian theory of the “survival of the fittest”, we cannot disagree entirely that the success or failure of a person is determined by their level of resilience in all other situations or conditions expected or unexpected in the laws of natural living, and not the mere following of a plan, purpose or expectation.

Indeed, some people do attain their set resolutions and more as they purport. For others, the very first item on their list of resolutions gets forgotten a few weeks into the new year.

If this analysis is true, then we should agree that between those who attain [survived] their resolutions [life] and those who don’t, the Darwinian theory of the “Survival of the fittest” cannot be ignored in the understanding of human existence and success.

In conceptualizing a New Year resolution as a contract with oneself, a new year resolution could be said to be attainable based on conditions precedent of a year and conditions subsequent in a year. We may also accept that forces beyond human expectations (Force majeure) could alter the fate of man within a year, which could impact a resolution.

As this is rather the reality, a bridge in Honduras known as the Choluteca Bridge teaches us some lessons we need to know before we compose a new year resolution.

Between the periods of 1930 and 1937, the Choluteca Bridge was constructed in the city of Choluteca in Honduras. As a symbol of the nation, the bridge was made firm, able to withstand all forms of atmospheric conditions.

However, two years after its opening and usage, Hurricane Mitch struck Central America, and Honduras had a greater share of the devastation than any other country. As tough as the bridge was made to stand, indeed, it was the last-bridge standing in the City after the Hurricane. The purpose for which the bride was built had been achieved, isn’t it?

But, that’s not entirely the issue. The Choluteca bridge was built in connection to major roads that connected the city. Beneath the bridge was the Choluteca River.

However, after the Hurricane, all the roads connected to the bridge had been swept away. The Choluteca River had diverted its path from flowing beneath the bridge to flowing beside it. The result was that the bridge was left standing in the middle of nowhere and essential to nothingness.

The nature of the unexpected occurrence had reduced the status of the bridge which was once a symbol of national pride to an orphan status. So, although the purpose for constructing the bridge was achieved at the end of the day was it useful to all conditions in the scope of issues?

The simple objective this write-up seeks to achieve with its readers is to stress on the need for humans to act like humans and not robots. We must be purposeful, proactive, empathetic and very importantly adaptive.

The human mind is constructed to function in an interactive mode and not static. Hence, it needs not to be limited to a resolution or a plan.

Consider that the Choluteca bridge is your new year resolution. Is it built to withstand all conditions or it is designed to adapt to all conditions?

In combining the Darwinian theory and the Choluteca bridge scenario, it could be learnt that the human existence is not automatic whereby all human expectations become reality even with dints of hard work and careful plans. Rather, human expectation is dynamic, subject to societal influence.

It is possible to work hard and still fail, have strategic plans and tactics and still miss an ultimate goal. Like the Choluteca bridge, it is also possible to attain a particular purpose and that purpose could still mean nothing in consideration of all other factors.

The year 2020 taught us some great lessons about life and about making plans. While some may classify the year 2020 as their best of years (Annus Mirabilis) amid the difficulty caused by Covid-19, others may define it as simply their worst (Annus Horribilis).

Whatever your description of the year 2020 may be, the influence of the Darwinian philosophy of the “Survival of the fittest” is what is at play. As humans, we must realize that there are forces at play which are beyond our scope of thinking at a particular time (force majeure).

Therefore, as the new year approaches we must always note that developing plans which have adaptive and enduring quality is what is essential.

If the idea for constructing the Choluteca bridge was all-encompassing such that it covered all the other roads which connected the bridge, all those roads wouldn’t have been washed away. Also, if it were opened-enough, the Choluteca River could have still flown beneath the bridge after the Hurricane.

On that, we must always learn that the plans we make for the future must be all-encompassing and open enough to withstand the unexpected.

As in the case of the “Survival of the fittest”, the idea of competition for survival is not essential to attaining any goal worth attaining in life. Teamwork and collaboration ought to be the ultimate goal.

Let’s not cry over the spilt milk of 2020. If the container of the "milk" is still fresh we could fill it up with fresh milk all year long. As Lyndon B. Johnson asserts “Yesterday is not ours to recover, but tomorrow is ours to win or lose”, let's be clearer in our pursuits in 2021 and beyond.