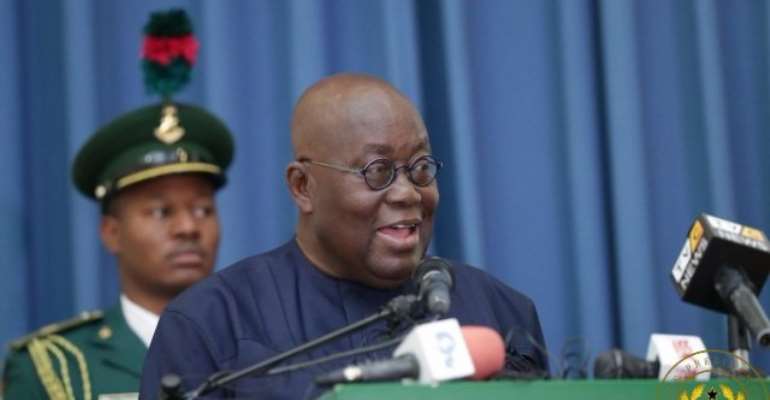 President Nana Addo Dankwa Akufo-Addo says the Government is aggressively pursuing infrastructure development in the senior high schools (SHS) to cater for the needs of students.

He said infrastructure, including dormitories, classroom blocks, science laboratories, assembly halls and dining halls, were all being tackled across the country.

At the Meet-the-Press on Friday, the President said he understood the initial challenges being encountered, especially in the area of infrastructure, but government decided to roll out the Free SHS Policy to open up the system and allow many qualified students to access secondary education.

He said as many children as possible, who otherwise would not have gotten access to secondary education, now could access it.

President Akufo-Addo explained that the Free SHS intervention was made to open up the systems “so that it was no longer a question of ability to pay but the quality of your mind can determine your access.

“In these circumstances, some of these fundamental social facilities and services must be made open and accessible. And that is the reason for the educational policy of opening up our secondary schools so that access is no longer determined by money…”

“On the average over the last five years, before we came, over 100,000 people were not having access to secondary education not because they didn’t have the qualification but because their parents could not afford to send them from junior high school to senior high school.

“The implications of that for our country were considerable. We have learnt that over a decade a million young Ghanaians would have been thrown unto the labour market with the tools of Junior High School education- that is building up a future of hopelessness for young people in our country.”

The President said the high school population had now shot up from 800,000 to 1.2 million, the highest rate of enrolment of students in Ghana’s history, being made possible by the Free SHS Policy.

“Yes, immediately there will be challenges for such a bracket expansion, because the infrastructure of the schools could not change overnight to accommodate this large population.”

“But you have to begin. You can’t have a situation where everything is in place before you begin,” the President said.