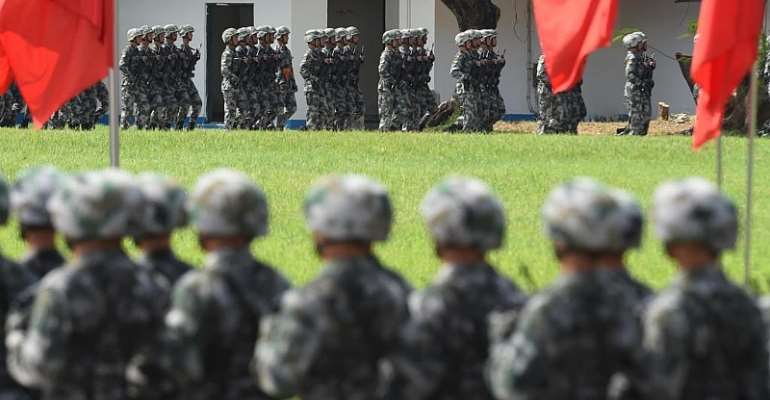 The Civil Human Rights Front, the main organiser of a demonstration against Hong Kong's anti-extradition law set for Saturday, say they have cancelled the protest after their bid to overturn a police ban failed.

“I think that there will be a turnout in any event. There will be another huge unlawful assembly,” says Philip Dykes, Chairman of the Hong Kong Bar Association.

Dykes says that “participation in an unlawful assembly is an arrestable offense. And if proved the offense is punishable with a maximum. five years in prison. In any event, it will take them off the streets for the next day or two, which happens to coincide with a planned major demonstration, which is supposed to start Saturday at lunch time."

Weekly protests
Hong Kong has been embroiled since 31 March in weekly protests after the government issued plans to amend legislation that activists feared would allow Beijing to demand extradition from the semi-autonomous territory to mainland China.

The Hong Kong Bar Association (HKBA) was critical of the proposals. It issued a statement on 21 June.

“HKBA asks the Government to withdraw the Bill and make a commitment that it will not introduce any legislation on the question of surrender of fugitives and cross-border legal assistance without full and open consultation involving the Hong Kong public and others who have an interest in the subject."

Meanwhile, reports about the mainland mobilisation of troops of the Chinese People's Liberation Army (PLA) worry Hong Kong citizens, triggering memories of the 1989 Tiananmen crackdown against peaceful protesters in Beijing.

Currently the Hong Kong garrison houses some 6000 soldiers. Earlier this week, a yearly rotation of troops took place, the 22nd of its kind since Hong Kong was handed back by the UK in 1997, and political instructor Chen Yiyue was quoted by the PLA official website as saying that the PLA "will resolutely fulfill the sacred duties entrusted by the Party and the people."

According to Article 14 of Hong Kong's Basic Law, PLA soldiers "shall not interfere in the local affairs of the Region," however the Hong Kong government "may, when necessary, ask the Central People's Government for assistance from the garrison in the maintenance of public."

But Dykes thinks this won't happen in the short term.

Under the regulations of the Basic Law, it is the Hong Kong government that should request China to move in the troops.

“No such request has been made. I think there's a long way to go before any question of moving the troops in because to move troops into Hong Kong, whether they be full military or Chinese People's Armed Police, a paramilitary organisation, would signal that there's been a complete political failure in Hong Kong to deal with the protests," he says.