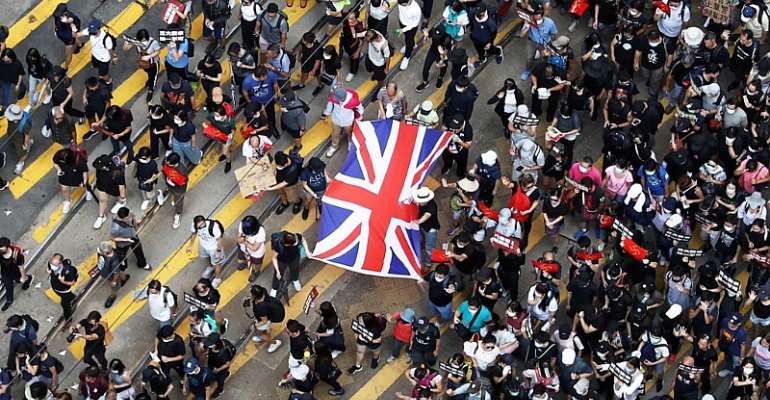 Tens of thousands of people defied authorities to march through the streets of the city in an unsanctioned rally on Sunday, the latest episode of a popular revolt that has raged for the last 99 days.

The rally descended into violence when small groups of hardcore activists tried to attack the city's main government complex.

Police fired repeated volleys of tear gas and deployed water cannon trucks after Molotov cocktails and rocks were thrown over security barriers surrounding the complex, which has become a frequent flashpoint in the ongoing protests.

Sunday's clashes ended a recent lull in the intensity of skirmishes between police and protesters.

The once-stable international hub has been convulsed by weeks of huge, sometimes violent rallies calling for greater democratic freedoms and police accountability.

The movement is the biggest challenge to China's rule since the city was handed back by Britain in 1997 and shows no sign of ending, with local leaders and Beijing taking a hard line.