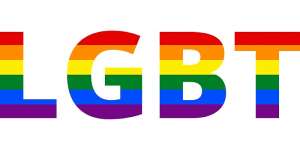 A new study conducted by Redeemer Buatsi, a human rights activist in Ghana and whynotrights organization has revealed that at least 40% of homophobic attacks on LGBT persons in Ghana are based on suspicion.

According to the study titled “a survey of LGBT experiences in Ghana, a preliminary study”, 20 LGBT persons where interviewed and asked several questions pertaining to their level of safety and their experiences as LGBT persons in Ghana.

Most of these respondents also revealed that they have been victims of fraud, blackmail, rape and theft. Although all these acts are crimes under Ghanaian law, most of the LGBT persons say they are afraid to report such cases to the police as they fear a homophobic police officer may arrest them for their sexual identity. Similarly, the study also found that 40% of all LGBT persons are discriminated against based on suspicion.

In addition, the study also found that at least, 95% of LGBT persons have suffered some form of attack in their communities. One major case of attack was a case which involved a suspected lesbian who was nearly burnt alive in Accra, the study found. Other cases of attack include rape, theft and physical assault, according to the study.

Again, the study also found that at least, 85% of LGBT persons are not safe in their communities. One interesting finding of this research was that, almost all participants of the study are located in the capital cities namely Accra, Takoradi, Koforidua and Kumasi. This means that people living in these parts of the country are most likely to be homophobic and intolerable towards minority groups such as LGBT persons.

This suggests that although LGBT persons may feel safe in their communities, there is still a high possibility that they may be attacked at a point in their lives.

The study also found that at least,85% of LGBT persons in Ghana are religious, which suggests that most people who identify as LGBT in Ghana believe in God. This is contrary to public opinion and perception, which according to this research; found that most Ghanaians see LGBT persons as evil.

For example, on 19th July 2019, the presiding bishop of the Methodist church declared in a press conference that one cannot be a Christian and be a homosexual at the same time. Other notable persons in Ghana have been recorded expressing similar views as far as religion and LGBT is concerned.

Another 45% respondents also believe there should be massive public education, as issues of LGBT are usually misunderstood by the public.

Ghana, being a member of the United Nations and for that matter, the united nations human rights council has accepted the following regarding how LGBT persons should be treated in Ghana;

146.59 "Take the steps necessary to protect lesbian, gay, bisexuals, Transgender and intersection persons from violence and discrimination on the basis of their sexual orientation and gender identity".

146.60 "Ensure that victims of discrimination and violence based on sexual orientation and gender identity has access to rehabilitation and remedy and that all perpetrators are punished".

146.61 "Take measures to fight against violence and discrimination based on sexual orientation and gender identity."

It is the hope of this new study, to provide some food for thought on the subject of LGBT while drawing the attention of the necessary stakeholders to expedite actions to provide equal treatment and protection for all LGBTs in Ghana.

The full report of the study can be accessed at : www.whynotrights.org 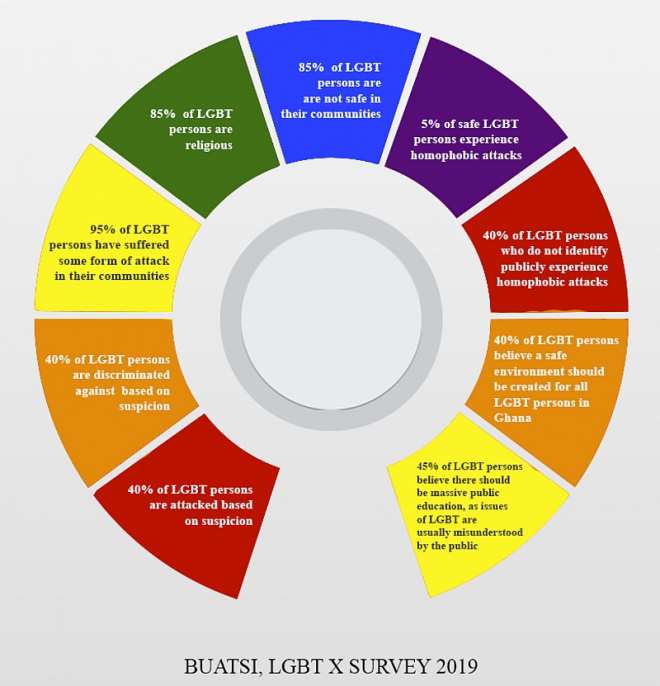 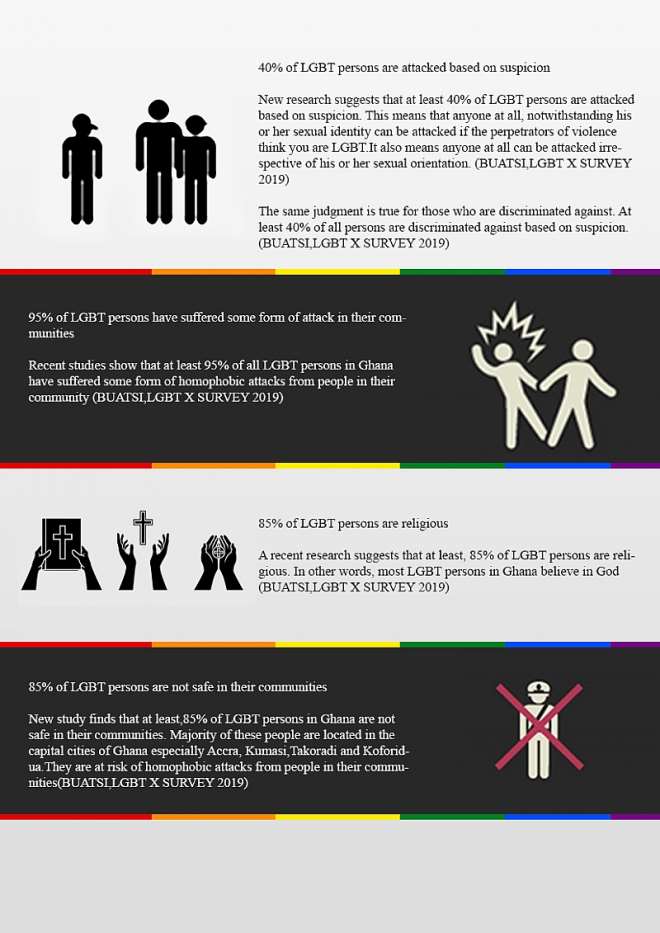