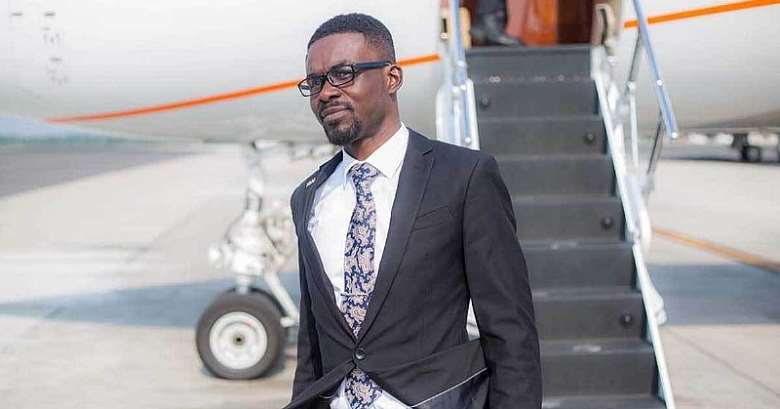 The beleaguered CEO of gold firm, MenzGold, Nana Appiah Mensah aka NAM1, who is standing trial for fraud has had his bail conditions reviewed.

An Accra Circuit court a little over a week ago imposed on NAM1 a GH¢1 billion bail condition with 5 sureties, three of whom must be justified.

Nana Appiah Mensah with two other persons has remained in Police custody for more than 10 days despite the bail due to his inability to meet the bail condition.

The situation forced NAM1’s lawyers to file for bail variations.

Even though prosecution in the case did not oppose the plea for the variation of the bail condition, they disagreed with the fact that NAM1’s lawyers were giving their own figure.

In the ruling of the court however, the judge maintained the GH¢1 billion bail condition but varied the surety conditions.

Judge Harriet Naa Akweley Quaye ruled that NAM1 is supposed to provide five sureties but none to be justified suggesting that he must only show properties worth GH¢ 1 billion and report to the police every Wednesday after meeting the bail conditions.

The case has been adjourned to September 3, 2019. Background

NAM1 has been slapped with 13 counts of defrauding by false pretences, money laundering, abetment and carrying on deposit-taking business without licence contrary to Section 6 (1) of the Banks and Specialised Deposit-taking Institutions Act, 2016 (Act 930).

Nana Appiah Mensah arrived in Ghana on July 11, 2019 where he was picked up by security operatives at the Kotoka International Airport and sent to the Criminal Investigations Department (CID) of the Ghana Police Service for interrogation after spending several months in Dubai in another legal battle. NAM1 accused of bagging GHc1.68bn from customers

Nana Appiah Mensah has been accused of defrauding his customers of about GHc1.68 billion.

The charge sheet indicated that Mr. Appiah Mensah's two companies — Brew Marketing Consult and Menzgold Ghana Limited; represented by him, have also been charged with defrauding by false pretence, contrary to sections 20 (1) and 13 (1) of the Criminal Offences Act, 1960 (Act 29).

Provide a list of NAM1's alleged 16,000 accusers – Lawyer to Prosecutors

Lawyer for NAM1 had earlier challenged the State to provide the list of the alleged 16,000 complainants who claimed that they have been defrauded by his client.

NAM1 through his lawyer Kwame Akuffo during the court hearing on Friday indicated that he will demand the state to list all the 16,000 persons who are said to be complainants in the case brought by the state.

According to the lawyer, it is a requirement for an accused person to know his accusers to be able to defend himself.