A Certain Kevin Taylor Says What? 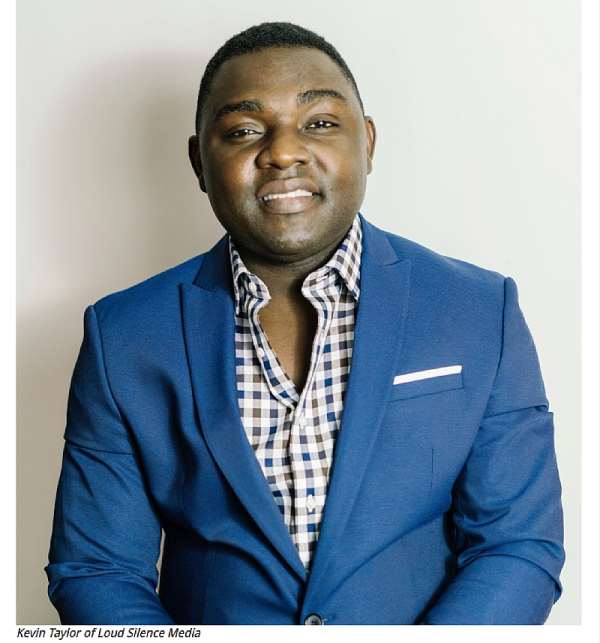 I have carefully monitored certain comments by One Mr. Kevin Taylor who claims to have hardcore evidence to implicate Ace Anan Ankomah, one of the powerful lawyers we have in Ghana in the fight against corruption. According to Kevin Taylor, Ace and his law firm was the first point of call when a Dubai company by name "HORIZON" came to Ghana in search for some gold dealers who had defrauded them.

According to Kevin Taylor and his insipid propaganda, Ace Anan Ankomah who knew the identities of the two gentlemen decided to conceal relevant information which would have helped any state investigative agency to effect an arrest and possible investigations into the matter.

Kevin Taylor in a video also alleged that former EOCO boss and Gabby Asare Otchere Darko came into collusion in such purported concealment. Kevin Taylor went on to say that, Mr.K.K Amoah's blood relation with Ace Anan Ankomah facilitated the said unlawful act without providing his audience with any shred of evidence or fact to support his confused allegation.

It is quite curious to note that, no material evidence was adduced to support the said disjointed claim in all his attacks that sought to run down the hard-won reputation of Ace Anan Ankomah, Gabby Asare Otchere Darko and the former EOCO boss.

In one breadth, Kevin Taylor alleged that Nana Appiah Mensah and his company wouldn't have been in such a difficult situation had it not been the likes of Ace Anan Ankomah and Gabby Otchere Darko's crusade against Menzgold and their dealings.

In another breadth, same people also had information about two individuals who had defrauded a Dubai gold company by name" Horizon" but decided to conceal it for reasons Kevin Taylor failed to disclose to his audience.

Who in Ghana is not aware that, Menzgold was operating as a deposit-taking institution in clear violations of the law? Who again in Ghana didn't see the disrespectful tussle that ensued between Nana Appiah Mensah when he attempted to scorn warnings from the security and exchange commission(SEC) to have him put a hold on his unlawful dealings with innocent customers. Bank of Ghana issued warnings to the general public to desist from transacting business in the area of" deposit-taking" with Menzgold because the gold company had no license to take deposits.

So clearly, one of the claims by Kevin Taylor which also sought to suggest that Ace Anan Ankomah knew Menzgold was operating within the confines of the law yet, he championed the downfall of Menzgold doesn't make sense and has never been justified by any right-thinking Ghanaian including himself. It has never been in doubt that, Menzgold operated like a Ponzi scheme and this can be confirmed on the face of a written contractual agreement between the company and its customers.

It is quite clear that Kevin Taylor is only seeking to set Ace Anan Ankomah and others up for senseless attacks from frustrated customers for reasons best known to him and his God. Some of us who have known Ace for quite a number of years as an astute lawyer whose credentials on the fight against corruption has never been in doubt is not perturbed about this weightless agenda to smear his impregnable integrity with filth.

"When a person makes such statements that denigrate another person in such a manner, the law steps in to resolve the matter"