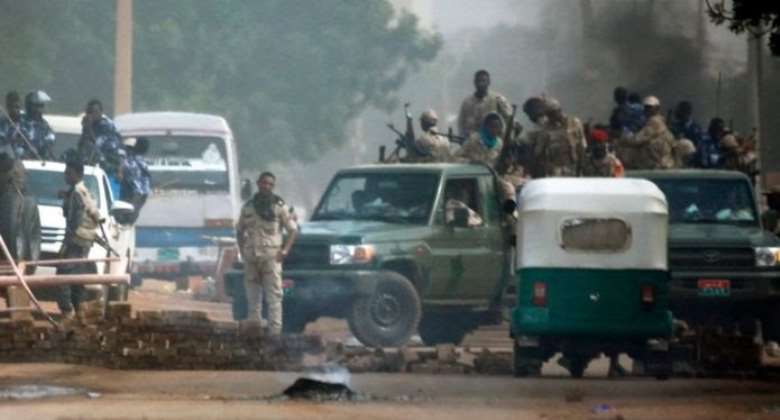 For about a month now, there have been deepening political crises in Sudan between civilian protesters and the Transitional Military Council (TMC). This is as a result of a standoff between them over how the country’s governance should proceed, following the overthrow of President Omar Al-Bashir, who ruled the North African country for 30-years.

The overthrow of Al-Bashir was necessitated by civilian protesters who thought they have had enough of brutal rule and increasing economic hardships.

However, after the military announced the overthrow of the Al-Bashir government, they also announced the establishment of the TMC to take over the governance of the country. Wary of the brutal past at the hands of a military dictator like Al- Bashir, the protesters went back onto the streets of Khartoum, demanding a return to civilian rule.

The ensuing negotiations between the TMC and the leadership of the opposition appeared to be proceeding in good faith at the initial stages. Indeed, a three-year transitional deal in addition to a governance structure was agreed between the two parties. However, these agreements were not to see the light of day, as the TMC scrapped them on June 3, 2019 and begun taking a more hostile stands towards protesters.

It appears however that, the actions by the military since June 3, 2019 are influenced by some foreign actors. With the 'footprints' of foreign actors all over the actions of the military, Sudan seem to have become another victim of other countries desire for dominance. The increasing complexities in the Arab world has made it necessary for countries to look for dominance. Therefore, it is not surprising that, the TMC appears to be receiving the needed support and encouragement to hold onto power and in return pledge allegiance to these countries backing them.

Indeed, the deputy head of the TMC, General Mohamed Hamdan Dagalo, visited Saudi Arabia on May 20, 2019, who according to a statement by the TMC, had gone to among other things assure the crown prince of their continues support in the war in Yemen. After which there were similar visits by the head of the TMC, General Abdel Fattah al-Burhan to Egypt and the United Arab Emirates on 22nd and 27th May respectively.

Immediately after these visits, the TMC developed cold feet towards negotiations and the demands of protesters. Indeed, there has since been a crackdown on protesters, with many of them being killed by the security forces. Therefore, the questions that beg for answers are; was the TMC advised by these countries they visited to take these hardstands on protesters and maintain their grips to power? Or did the TMC went to seek permission from these countries to allow them unleash violence on protesters?

There have been an international outrage and condemnation of the military for the violence visited on protesters. Indeed, the African Union (AU) has also suspended the membership of Sudan until a civilian rule is restored. But, many are skeptical about how effective the AU can be in putting pressure on the TMC to hand over power to civilians, given the fact that one of the backers of the military is President Sisi of Egypt, who is also the chairman of the AU.

Therefore if current negotiations led by the Ethiopian Prime Minister, Abiy Ahmed and the AU are to succeed, the international community must not only put pressure on the TMC to negotiate in good faith, but the countries backing them must be impressed upon to cease their support for them. When this is done, it will be the game changer in this political crises that has now become deadly.

COVID-19: Our responsibility to one another is to get vaccin...
55 minutes ago