The Digital Orphans Of Africa 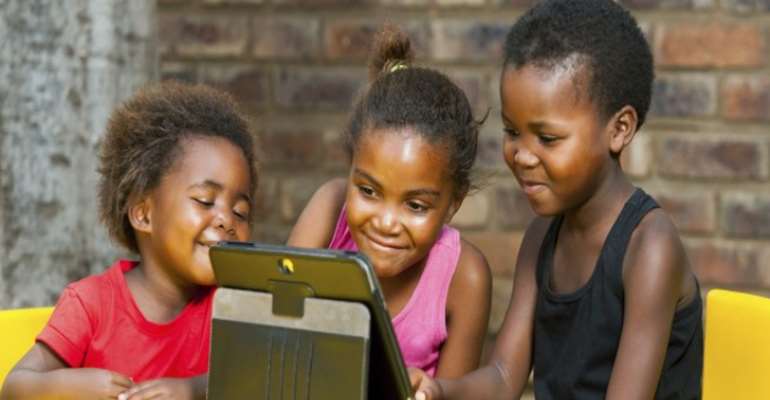 The internet has become a very necessary part of the daily lives of many. From studying, social interactions to doing business transactions; the internet has certainly become a place where many critical aspects of our lives take place. Indeed, as at December 2017, internet users - estimated, stood at 453,329,534 in Africa alone. That's according to Internet World Stats.

Whilst the number of internet users continue to increase on the continent, much attention has not been paid to the safety of children within this growing population. Their unlimited and uncontrolled access to all manner of online sites have exposed them to a lot of dangers such as online predators, cyberbullying, exposure to adult content among a host of others.

Their lack of understanding on how to stay safe online has made them even more vulnerable to the growing threats of the internet. Parents/guardians, schools and governments have woefully failed these children who are roaming the streets of the internet without any protection.

With an unacceptable rate of illiteracy in the continent, it is obvious that most parents are either not educated or not educated enough to understand how the internet operates and the danger it poses to their children. However, for those who are even very well educated, they are mostly not interested in the online activities of their wards.

In addition, pre-tertiary schools that are supposed to be agents of socialisation for children and filling the vacuum created by the illiteracy of parents has made it rather difficult for the discussion of child safety on the internet in their schools.

It is an irony of monumental proportion that, instead of making the school a learning center for children on how to stay safe online, it is still common in 21st century Africa to see pre-tertiary schools prohibiting the use of internet devices such as mobile phones on campuses.

Therefore, children are denied the opportunity to effectively learn about the internet on campus because it is even illegal to possess such internet devices.

If the children in Africa are not allowed to take internet devices to school to be taught on how to use them properly, where else are they expected to learn how to protect themselves in the digital space?

Way Forward
Parents should understand that, the internet is as dangerous as the darkest forest and must, therefore, begin to pay attention to the online activities of their children. The pre-tertiary schools in Africa should begin to complement the efforts of parents by teaching these children how to stay safe on the internet with the same alacrity at which they teach them how to practice good hygiene.

The policy of not allowing children to use mobile devices at pre-tertiary institutions must be reviewed to allow children the opportunity to learn how to use them in school. Whilst the schools and parents focus on assisting children directly, governments must also consider enacting and strictly enforcing policies and laws that will ensure the safety of children online.

The lives of children are no longer just influenced by their immediate environment but by the global environment courtesy the internet. Therefore, all stakeholders must be very much concerned about what these children consume online and collaborate to ensure that the risk faced by them online are minimized to the barest minimum.

About the author
Ibrahim Suhuyini is an international affairs blogger at ibrahimsuhuyini.blogspot.com