Black Stars of Ghana: Trophy Drought will continue unless the right things are done! 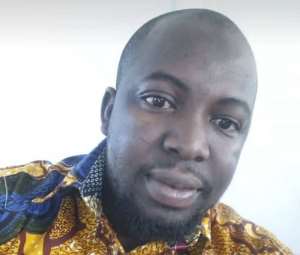 It was in Burkina Faso 1998; when I sat in front of the screen and watch Abedi Pale laboured to pull one goal back and the final score was 2: 1 in favour of Togo and few months later he retired from football. The announcement of his retired was like a black day for a lot of Ghanaian. Similar reaction went through the spines of Ghanaians when CK Akunor, Tony Baffour, Samuel Osei Kuffour, Tony Yeboah and Stephen Appiah equally announced their retirement.

The blacks stars in the popular yellow outfits the team to watch whenever they are in a tournament; Ghana has been the only Team to have won the competition four times that; is now history as the likes of Egypt and Cameroun won the competition 7 & 5 times, respectively. The modern era of the Ghana black stars saw a the black stars play in three world cup, Germany 2006, South Africa 2010 and Brazil 2014 tournament. Despite the financial commitment and good football thurfs and professional era of football. The black stars can only boast of two finals in 2010 and 2015. The poor outings of the Black stars in the world cup Fiasco in Brazil 2014 mark a significant downturn of the glorious stars of Africa.

It is sad to note that, poor leadership from the technical Teach to the playing body and government was responsible for the saga. The politics of football in Ghana have since failed us in the era of football as a committee was set up and nothing much has been done on the recommendation. We cannot have a senior national team in a country where poverty, hunger, debt stock and poor state of sports is our identity and players who get the opportunity to earn good contracts after wearing the national colours often taken us for a ransom. The glory days of the black stars was when sense of nationalism and patriotism where the guiding principles of the days of the black stars.

Sadly, the experience of the coach as teenager who won the converted trophy in 1982 and exposure as national team coach is in doubt. He lacks the courage and technical ability to combined and give clear instruction. The big question is; why was Kwasi Appiah be given the second chance to manage Black stars? This is what happens in a corrupt infested nation.

As a young football fan and doesn’t have a coaching license, I will have avoided basic errors and set out criteria that will enable me get the call-up and or selection rights. From the defense to the midfield and the striking upfront, the likes of Jeffry slupp; Richard Boakye Yiendom, Abdul Majeed Warris, Kelvin Prince Boateng, Adams Krawassary and Mohammed Wakaso will have all find their way in my squad. This is because they have been in competitive matches done most of their counter- parts in the current squad. The errors of John Boye in the Brazil 2014 world cup and his embarrassing conduct of kissing US$ warrant his exit in the national team. After several seasons in Europe, the defender has never shown quality and doesn’t merit a spot at all. Local based defender could have easy fit in perfectly. We cannot continue to call up player who does elementary mistakes and have been part of squad that have disgrace us in Brazil and we call it building a Team? This is unfortunate.

The football-loving people will have mixed views on my write up; but truth must be told, what it takes to select a player for a tournament. We have assembled bench warmers at club level to Egypt and want to win a trophy. We have compromised on quality and want to use names to win a trophy. The Black stars of Ghana cannot even redeem their image by winning the competition. The high level of indiscipline acerbated by some players and the formation of camps within the black stars camps affect stability of the team.

What is annoying is the politicisation of the national team players with the Ayews brothers believed to belong to NDC, while Asamoah Gyan and his guys are tagged as NPP. We have always been united as a nation but now were more divided than anybody can think.

On finance, while will a nation that largely finance its budgets through borrowing, votes about US$15m to a team bring a trophy that, worth US$5m. Some may argue that, the Black stars are representing the nation and hosting the flags so high. I beg to differ because; US$15m could provide enough oxygen to prevent deaths in the Tamale Teaching Hospitals. A good number of villages in Ghana could have gotten a well fixed solar installed pipe that will save them from getting ill health. The people of Upper West could have gotten the ambulances that, they are yearning for.

As a football loving nation we must recognised the fact, that the current blacks stars lack quality, stamina and stability and the technical head coach, James Kwasi Appiah is not even fit to coach the Under 17 Team let alone a national team. We must begin preparation to over- haul the team after the tournament. To win the African cup, names don’t necessarily matter; the likes of Zambia in 2012 and Cameroun in 2017 prove that, unrecognised stars can pull a surprise.

For Ghana Black stars to rise again; the following recommendations are necessary;

However, for Ghana to beat Cameroun, Kwadjo Asamoah must star and pair Thomas Party in Midfield, while Mubarack Wakaso and Christine Atsu should be dropped to the bench. The coach must either find space for Asamoah Gyan to pair with Jordan or start Samuel Owusu, but specific instruction should be given to Jordan to run more than Asamoah Gyan or equally, Samuel should run more than Jordan Ayew to support the midfield when Ghana looses the ball. I expect Afriye Acqua to take the place of Wakaso. The Team must have the mental stability to approach the Match like a finals or else the risk losing a spot in the round of 16. I equally expect to see Baba Abdul Rahaman at left back. In my candid view; the Ayew Brothers, Richard Ofori, Samuel Owusu, and Thomas Party should retained their position in the starting IX.

Feature Article
Powered By Modern Ghana
Government Must Lift The COVID-19 Protocol Limitation On Church Service
On The Campaign Trail…
I Am Vouching For The Trump Card
Round 2: The NDC Vrs. EC In The Face Of The Law
Corporate Ghana Must Respond to FinCEN Leak by Improving Anti-Corruption Disclosures
Assange’s Sixteenth Day at the Old Bailey: Special Administrative Measures, Unreliable Assurances and Espionage
Upper East: NDC Campaign Team Member Alhaji Eng. Aminu Amidu Suleman Has No Campaign Message
All Our Efforts Amounts To Nothing If We Don't Take Steps To Guard The 2020 December Polls Against The EC/NPP Rigging Conspiracy
The Dilemma Of The Ewes
COVID-19 Updates Live Dashboard
TOP STORIES

Getting Premium Passports Reduced To 2hours – Gov't
5 hours ago