UW/R: Traditional authorities, CSOs, youth groups and others support the call for non-partisan election of MMDCEs 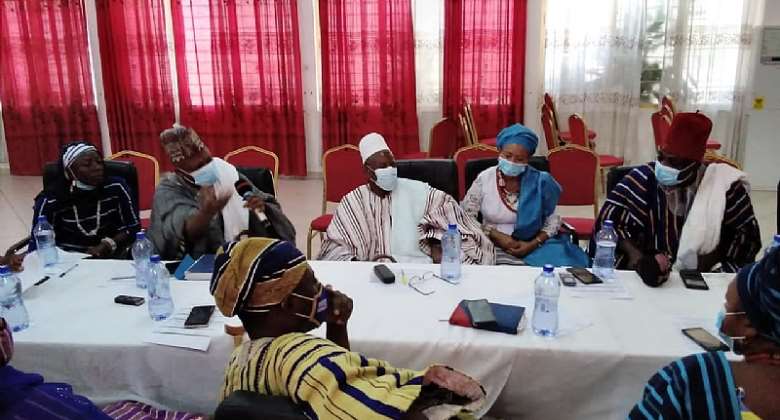 The debate for the election of the Metropolitan, Municipal and District Chief Executives (MMDCEs) have rekindled giving the recent fracas that characterized the confirmations of the presidential nominees of the MMDCEs. While others faced a series of rejections and subsequently dropped for new persons, others have to manage their way through.

Upper West Region was one of those regions with high rejections of nominees for the position of MMDCEs. The experience has made a lot of people in the Upper West Region join the popular call for the need to elect the MMDCEs through the ballot box.

Traditional Authorities, CSOs, Youth groups among others indicated their position through the Center for Democratic Development (CDD- Ghana) regional stakeholders' consultative forum on the need to revisit the debate regarding the election of MMDCEs. The three-day stakeholders' consultative forum (23rd-25th November, 2021) had various actors participating at specific session giving the need to adhere to the COVID- 19 protocol.

The engagement of the stakeholders was anchored on research conducted by CDD- Ghana. The key findings of the research are summarized below:

In contributing to the discussions after the presentation, the traditional leaders believed that a non-partisan election of MMDCEs will qualify chiefs to contest and so it is an opportunity to enhance grass-root participation in local governance. The chief expressed worry about the current arrangement where representatives of chiefs are often handpicked based on party interest without broader consultation.

The Civil Society Organization (CSOs) was emphatic that, democracy is all about inclusion and participation, and for that matter, the election of MMDCEs will enhance grass root participation. To the majority of the CSOs, a non-partisan election of MMDCEs will see individual best brains actively involving in the process. This development would be very difficult in a partisanship.

The youth groups bemoaned that partisan politics have been divisive especially at the local level where people's understanding of politics is shaky and for that matter, a non- partisan election will not lead to increasing polarization. Again, most of the media personnel, political parties and Assembly members advocated for the non-partisan election of MMDCEs

As part of the dialogue forum, CDD- Ghana further engages stakeholders on three key proposals to win the support of government;

Given these proposed strategies, fewer stakeholders ascribed to the incremental strategy, while others agreed with starting full-scale partisanship. The majority of the stakeholders cited the strategy of starting a non-partisan election of MMDCEs and after some time review the process and switch to partisanship.