Conflict Management; What If You Considered Other Peoples' Views? 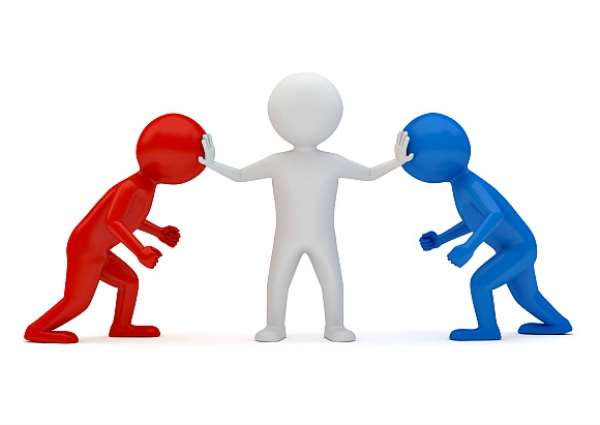 The first reaction many people have to a difference of opinion, values, or perspective is to focus on defending their own viewpoint. Whether the conflict occurs in a relationship, in a social or work group, or even between countries, the initial reaction is “I'm right and the other person must be mistaken.”

Interestingly, though, people who are considered brilliant conversationalists and who appeal to others are those who show an interest in other people. Instead of insisting upon others hearing their viewpoint, they listen to others and they don't just silently listen but they actively listen. In other words, they show interest, ask questions, and make comments related to the other person's statements.

On the other hand, fiercely defending an opinion is often viewed by the other person as belittling their position. Sometimes defending a position is overtly derogatory by suggesting the other person is biased, self-serving in some way, or woefully misinformed. As a result, many disagreements create a “spiral of conflict” rather than cooperation. Each side is focused more on proving “rightness” than on resolving the problem.

The pressure to conform to views occurs even more strongly when a person is part of a group than when they are not. For instance, a family may expect other family members to agree with their views or be subject to ridicule, criticism, or hostility. This is often referred to as the “black sheep effect (Sammut, et al., 2015).” Similarly, in businesses, people who often voice opposing views are not considered “team players.”

Yet, important change can often be affected by those who voice unpopular views. For instance, in the field of psychotherapy back in the 1950s, a researcher, Hans Eysenck, reviewed the literature and stated that psychotherapy was less effective than doing nothing because most problems cleared up within two years on their own for 2/3's of people. His viewpoint created a firestorm of controversy among psychotherapists. However, by bringing attention to the issue, he forced psychotherapy research to focus on developing more scientifically rigorous therapies. Instead of therapy based on the therapist's opinion, the criteria for effective and ethical therapy changed to methods supported by research evidence.

To effectively resolve conflict, it is necessary to overcome the tendency to see others as wrong or morally challenged. The initial reaction to Eysenck was to show that he was wrong. However, eventually, the mental health field listened to him and began to develop therapies that were based on the criteria that therapy needed to be more effective than doing nothing. In other words, therapy needed to show success in less than two years or needed to help more than 72% of people.

Think of the last conflict you had with someone. How much did you truly listen to the other person vs. trying to make your point? How open were you to considering another point of view? If not, why was that? What were your concerns? If you considered their viewpoint, how much impact would it have on your life? Would your life be adversely affected in any way? If not, why not listen fully?

What can be the harm in listening to someone? Many times people defend their viewpoint for self-satisfaction alone, for the purpose of boosting their ego by showing they are right. However, listening doesn't mean you have to accept the other's position and change your own. It only means being considerate of another person's opinions, values, and beliefs. It might mean accepting that others can have valid reasons for their positions as well.

Certainly, if the conflict involves engaging in a behavior that could harm you or others, you may need to defend your position strongly. However, much conflict doesn't involve such circumstances. Generally, it means just listening to someone and validating that you heard and understood their viewpoint.

The best way to do this is through active listening. Instead of silently listening to someone (while thinking about how they are wrong), show interest by fully attending to them. By doing so, it becomes easier to ask them to listen to your position. And when you have two people listening to one another rather than stubbornly defending a position more can be accomplished.

In summary, it doesn't hurt you to show an interest in others' opinions and it may give you greater understanding why they believe the way they do. Sometimes it can solve a problem or improve a relationship. And, if nothing else, you may learn something. As an experiment, for a couple weeks try to truly understand others' opinions and positions without defending your own.

I always stand for the interest of the people and together, we shall effect the change we have always wanted.