Mahama Ayariga's Struck Out Charges: Admission Of Error By The Special Prosecutor 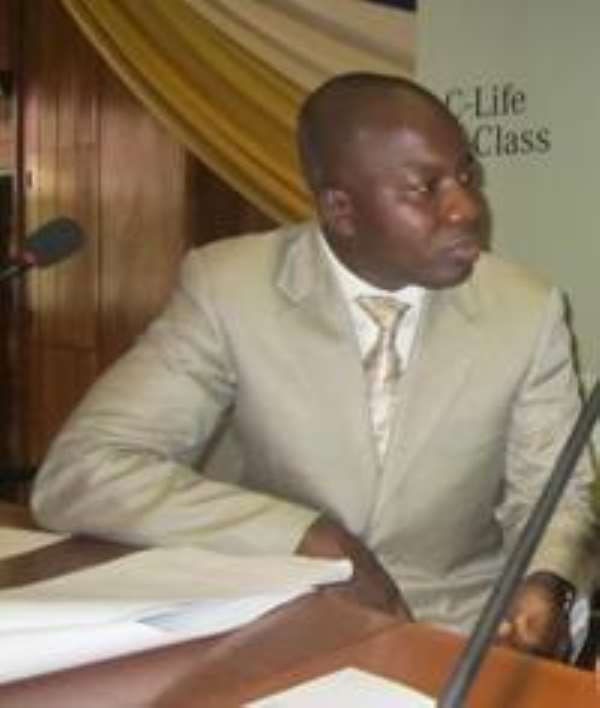 The office of the special prosecutor headed by Mr.Alamisi Amidu this morning in an interview with daily graphic admitted a patent error in respect of the avalanche of charges mounted in the high court against Member of Parliament for Bawku central. This tacit admission by the special prosecutor is uncharacteristic of a typical Ghanaian born national because, Ghanaians are not known for admitting purported mistakes but hey, the distinctive line has been drawn in this particular case.

Ghanaians would recall that, not long ago, the office of the special prosecutor after investigating Hon. Mahama Ayariga on alleged suspicion of a crime committed by the Hon.member decided to hit the high court as a first test case for the office since its inception.

Dissatisfied with the charges, Mahama Ayariga instructed his legal team to file an application to have the charges struck out on the basis that, those charges on the charge sheet are completely outside the mandate of the office of the special prosecutor Act,959.

I have carefully perused the worthy judgment of Afia Serwaa Asare Botwe(Mrs) and her reasons for upholding the argument put forward by counsel for the applicant. for the purposes of education and clarity, let me reproduce the charges on the charge sheet for readers to have a better understanding of the facts in issue.

They were *(a)* fraudulent evasion of customs duties contrary to

It must also be noted that, the court accordingly struck out count (1), three(3), four (4) and five (5) on the firm basis that, there was a drafting error which in her candid opinion, has the effect of exceeding the mandate of the office special prosecutor. Be that as it may and considering the view that, the learned judge in her ruling failed to disclose the exact drafting error with regards to the charge sheet, I am however forced to describe the judgment as per incuriam.

The judgment is per incuriam in the sense that, those charges struck out emanated from a flagrant breach of an Act of parliament in which those contraventions constitute a criminal offense. It is, therefore, a trite knowledge that, when a provision of an Act of parliament seeks to criminalize its contravention, the said offense becomes a criminal offense.

It must however be considered that,the criminal offences Act,1960(Act 29) cannot contain all offences committed by human beings particularly on breaches of Act of parliament that is why, such breaches though, are not delineated in Act 29 but still falls within the category of criminal offense prosecutable by the Attorney General or a person acting under the authority of the Attorney General in accordance with Article 88(4) of the constitution of the Republic of Ghana.

I have gone through my search engine and I have found one interesting case where the supreme court of Ghana upon a civil appeal In Republic v High court( ex parte)[ civil motion number J5/9/2017] quashed a decision of Afia Serwaa Asare Botwe(Mrs) for committing a serious error of law for (I) dismissing an application (filed on 29th June, 2016) to set aside the order for a confirmation of freezing of accounts dated the 16th of June, 2015 and 25th of June, 2015 respectively when the statutory period of 12 months had long lapsed.

(II)When the high court exceeded its jurisdiction when it sought to direct or impose directions on how a case involving the 1st Applicant should be tried before the High Court Criminal Court.

The supreme court in page 24 made the following averment and it reads" The learned trial Judge should have directed herself to the fact that, after the expiry of one year, although the order freezing the accounts had lapsed without an express order from the court, the Accountable Institutions i.e. the Banks will not have had any authority to release the funds to the Applicants without an express order from the courts. Therefore, the illegality and the injustice in holding onto the accounts would continue to be perpetuated this time without any court order. Trial courts should advert their minds to the illegality involved in the said occurrence whenever issues on the application of Section 23A of Act 874 comes up for interpretation, especially after the expiry of the one year period mandated by and under Act 874."

To sum it up, judges do commit an error in delivering their judgement, this particular ruling of the court which sought to place a barrier which limits the office of the special prosecutor's mandate without paying attention to the very subsisting prosecuting authority where the OSP derives its powers from is a blatant error and same must be challenged.