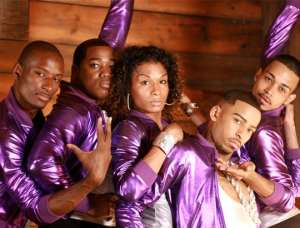 Feminization means to make a male like a female. They are male in the physical sense, but no longer live, think or act as males – they are emasculated.

Hard genocide is the direct destruction of a people through mass murder.

Soft genocide is the indirect destruction of a people by influencing their culture and thus, their behavior. For instance, integration was used to destroy the revolutionary spirit of Black communities – see 46 Years of Ethnic Cleansing.

The white world fears Black men. And since hard genocide is not viable (yet), they understand that the best way to significantly reduce the threat from us is to turn our males into females so that they make themselves into nonthreats.

There is a direct relationship between the forced enslavement of Black men into white society, the ongoing fear of Black men by White men, the racist global system of white supremacy that we all live in, and the feminization of Black men in Western society.

The formula is simple:
Emasculization + Effeminization – Education = Domination. This is the formula for the destruction of the Black male in white supremacist societies!

Exposing the weapons of white supremacy is not an attack on homosexuality. Instead, this is an effort to expose social engineering as a continuation of strategies to neutralize the Black man and dissolve the integrity of the Black family.

My expose of the weapons and tactics used by white supremacy is not an attack on homosexuality. After all, there have been many notable gay members of the Pan-African movement whether we would like to admit it or not.

But we know that there are groups in positions of power and influence who do not have our best interests at heart. And it is our responsibility to expose, understand, and develop strategies to counter their machinations.

The Black family has always been the source of strength for Black culture. The Black family supports, teaches, protects, and holds its members accountable. To efficiently attack and destroy a people, this family structure must be undone.

In modern times, this has been accomplished by:
1. Tearing husband from wife and children from parents during slavery.

2. Removing the man from the Black household with a new Jim Crow strategy.

3. Keeping the Black man out of the house with welfare strategies that reward single parent households.

4. Interracial dating.
5. Conditioning Black children using the public school system to accept the state as the sovereign of the household.

6. Using welfare to reinforce dependence on the state instead of the Black family unit.

And since we understand that these strategies have been deployed to destroy Black families, we should be actively and collectively working to counter them.

Don’t Ask. Don’t Tell. Because I Don’t Want To Know.

It’s no secret that the military has its fair share of gay men and women. For years, the official policy was “Don't ask, Don't tell”. Nobody cared what you got into behind closed doors, as long as it didn’t affect mission accomplishment. Gay service members didn't put their sexuality on front street. They didn’t need to – it was nobody’s business.

So why is it so necessary for gay men and women to put what they do with their booties on blast?

I like having my nipples pinched when I'm doing my thing. Does that mean I go around wearing a shirt with cut-out nipple holes? No. My sexuality is between me and my Queen. Nobody else.

The gay agenda has become a weapon of mass distraction. Promoting the agenda of a group of people that only represent 4.5% of the U.S. population is a distraction from the macroscopic issues of the other 95.5%.

And by prioritizing LGBTQ issues over Black issues, we risk losing our hard fought gains to a group of people that would rather identify with their sexual orientation over their blood ancestry.

A Clear and Present Danger
I fully expect triggered LGBTQ flag bearers to misinterpret the title of this article and its intentions and jump right into the comments section.

While this article is not about homosexuality or their homosexual agenda, It is worth mentioning that gay rights is not the new civil rights movement. Gays aren’t being denied basic rights. They can vote, sit on any old public toilet, go to college, get married (thanks to Obama) and get great jobs.

Recent polls have suggest gay couples actually earn more than straight couples. In fact, the only people discriminating against gays are other gays! That is not the issue here.

The issue is the clear and present danger that the reversal of gender roles is having on our kids:

1. The destruction of HEALTHY family structures with representation from both male and female gender roles,

2. Distraction from the REAL issues and values we should be embracing to rebuild our race and nation, and

3. The successful conclusion of the destruction of Blacks and Black civilization.

With all the weapons that have been formed against Africans and the Black diaspora, we would do well to be on our guard and vigilant for any new, nefarious, and destructive tactics that are being used to seal the deal on our upward movement as a people.

And we cannot deny that the feminization of the Black male is soft genocide in action.