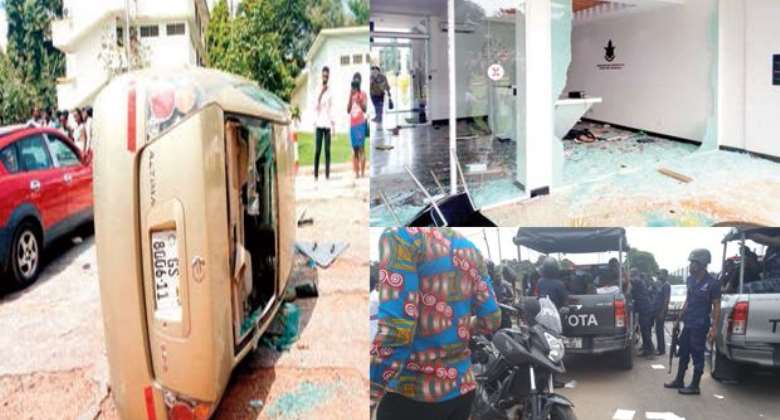 A member of the governing New Patriotic Party’s communications team, Kwabena Pobi has said students of the Kwame Nkrumah University of Science and Technology (KNUST), who went on a rampage destroying the school and administrative property must be made to pay for the damage.

The students were protesting against brutalities meted out on them.

The irate students during the protest destroyed properties worth 1.6 million cedis. Several reactions have come in on the heels of the impasse between the students and the University’s management.

Government has charged Otomfuo Osei Tutu II to lead the school in reconstituting its governing council after it had dissolved it.

Speaking on Agoo Tv’s Y3NS3MPA show, Kwabena Pobi insists the students must pay for the damages noting, that will serve as a deterrent.

“The student body is averagely 4,200 so each student should be made to pay GH¢45 each to cover for the cost during the rampage,” he said.

Ghana’s economic woes has nothing to do with E-Levy; just st...
26 minutes ago