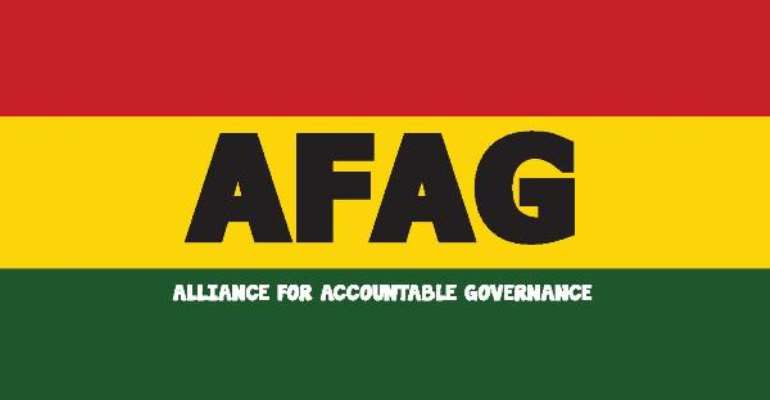 The Alliance for Accountable Governance (AFAG) commends Government for instituting an Interim Management Committee and finds it unthinkable on the stance by the University Teachers Association of Ghana (UTAG - KNUST) to make a populist rant over an issue which does not bother on the welfare of lecturers on KNUST campus.

AFAG finds it much regrettable UTAG will take such a decision on such a complicated, and volatile issue in such a haste. AFAG would urge a deeper reflection on their part concerning this issue. AFAG reckons UTAG is represented on the university council. Suffice to say, in a sensitive situation as this, one purely between the University council's decisions and the actions of students (SRC); one wonders the standing of UTAG to question the authority of government to let sanity prevail by putting interim Committee in place. It is clear UTAG wants to be heard; otherwise, it makes no sense to threaten a strike action on such a decision by the government which does not directly bother on the welfare of the University lecturer.

AFAG did condemn the vandalisation of university properties unreservedly by students on the KNUST campus. We still stand by our decision calling for authorities to investigate the reasons behind this impasse and bring to book persons who exerted excessive force and brut towards those students and also find and punish those students who went out of order to destroy university properties.

Be it as it may, we still consider the involvement and stance of UTAG harsh. If UTAG feels strongly about this impasse between university authorities and the Student Representative Council (SRC), thereby threatening to go on strike, then AFAG urges UTAG - KNUST to go to court for the interpretation or seek relief for the violation of any Act or statues they consider flouted by the Ministry of education.

We also urge the government to expand the membership of the Interim Management committee to include UTAG and TEWU to ensure fair and broader representation of stakeholders.