Construction Of Multipurpose Cathedral Should Not Affect Judges 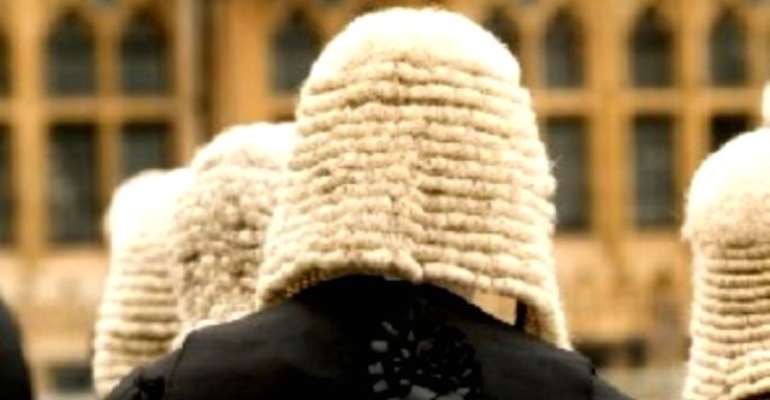 Some judges at the Court of Appeals are against the decision to knock down their official residence to clear the way for the construction of a National Cathedral.

The judges say it does not make economic and social sense for the government to approve of the planned demolishing of their residence and further relocate them.

The latest reaction sharply contrasts the claim by John Peter Amewu, the former Lands and Natural Resources Minister who said none of the judges whose homes are to be affected, objects to their relocation.

“We’ve never had a complaint from any of the judges that were going to be relocated,” Amewu told host of the Super Morning Show on Joy FM Monday.

He also stated that the government had no issues with the proposed site for the edifice per the proposal by the Rev. Asante Antwi-led committee.

“We want to build [the national cathedral] in a strategic place, something that befits this country…and that is why we’re looking for a very prime area that will fit the status of the kind of building that the committee envisaged, otherwise we can put it anywhere,” Amewu argued.

However, the judges see the move as a form of interference from the Executive on the Judiciary, an independent arm of government which sets a bad precedent.

They want the government to take the project elsewhere, Joy News’ Manasseh Awuni Azuri reported on the Midday News on Joy FM, after he had spent time with some of the judges whose residences are to be pulled down.

Background
The National Cathedral of Ghana is a planned interdenominational Christian cathedral scheduled to be built in Accra, the nation's capital, as part of Ghana's 60th anniversary celebrations.

The design for the cathedral was unveiled by the President Nana Akufo-Addo in March 2018.

The cathedral will have an auditorium capable of seating 5,000 as well as the requisite chapels and a baptistery. The site will also house a music school, an art gallery and a museum dedicated to the Bible.

The design of the cathedral reflects the art and culture of Ghanaian ethic groups; the high ceilings and a staggered roof is reminiscent of Akanian architecture and the facade will be concaved, decorated with timber in imitation of Ashanti royal stools. The architect for the project is David Adjaye, a British-Ghanaian.