What would ancient African Ancestors think? An over $300 Million Cathedral? Seriously? 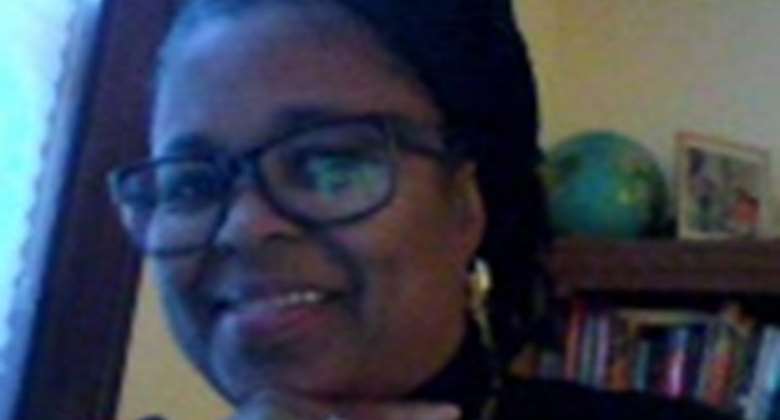 The very first temples, libraries and education centers were built in ancient Africa’s Kemet (Egypt –Greek) and TaNehisi (Nubia –Greek), not Europe; and philosophy was a “stolen legacy” of Africa. This is much of what renown Black/African scholar Dr. George G. M. James taught on in Livingstone College (*HBCU), Salisbury, North Carolina, USA and in his book Stolen Legacy: Greek Philosophy is Stolen Egyptian Philosophy. According to Dr. James:

“Just as in our modern times, countries like the United States, England, and France are attracting students from all parts of the world, on account of their leadership in culture, so was it in ancient times, Egypt [Kemet] was supreme in the leadership of civilization, and students from all parts, flocked to that land, seeking admission into her mysteries or wisdom system … Concerning the fact that Egypt was the greatest education centre of the ancient world which was visited by the Greeks…”

This should be understood, ‘formal’, ‘informal’ and ‘non-formal’ education was terms devised by European colonialist of Africa, but prior to the existence of the so called European or Caucasian (see—P. Guthrie; E. Muhammad; M. Bradley) there was various forms of education in Africa. Such African Ourstory or African-centered lessons should be explained thoroughly in history and social studies classrooms and textbooks in Ghana/Africa and globally.

Question is-- why isn’t such history taught? Ghana, post 1966-- was it the intent of government to let education decline, to miseducate and undereducate Ghanaians-- was it or is it by design?

How are teachers supposed to prepare learners for the global community if they do not have access to global data, especially concerning other Africans contributions to the world?

We gained independence political, it’s been time for the Black/African masses to break the shackles of ‘mental slavery’, and gain independence from European colonialists’ Eurocentric syllabi and their efforts to maintain power by controlling the minds of African people and have them totally dependent, docile and money-hungry for neo-colonialists/imperialists’ currency.

No matter where African people are located in the world they have their own cultures, which are all African-based; and regardless of European colonialists’ invasions and efforts to perpetuate white supremacy and ‘whiteness’ via white privilegers. Many African people are determined to claim their African heritage and are “unapologetically Black”.

Nevertheless, it’s been said-- a library or research center is the brain of the community or school. In Ghana many of the up-to-date educational resources are not here, the well-shelved public libraries connected to other global library networks for support are not here, and of course no library book exchange system (which if one library does not have the book(s) the librarian can request the book(s) from another local library); in addition, there no libraries in many of the primary/JHS/SHS/schools, and yet, library lessons are included in Ghana syllabi.

Are there many teachers teaching library lessons out of books, like many other teachers having to teach ICT out of textbooks and/or drawing a computer and Microsoft Word screen on a dusty chalkboard with colored chalk like Ghanaian teacher Richard Appiah Akoto?

Is the building of an over $300 million so called “national cathedral” more important in an underdeveloped HIPC African nation, than a major well-shelved high-tech public library? Where is the Sankofa-ism in this? Why not build an edifice that would be useful for educating the masses, to elevate the people esteems, especially after being taught by European colonialists who enslaved Africans for over 400 years and continue to campaign-- white is superior and Black is inferior?

Certain government officials’ priorities are out of order and their decision-making efforts reveal a high-level of incompetence, Eurocentric-indoctrination and destructive self-hate. What would President Osagyefo Dr. Kwame Nkrumah think of this chaos?

Libraries with African-centered books, manuscripts written by Africans throughout the world, records of Black inventions and patents, current events section, ancient artifacts (once they are returned by European invaders), and youth and adult library programs are urgently needed. Build a library of such grandeur it would attract great African scholars from all over the world. A library that would surpass African Ancestors’ ancient libraries which played a role in Black nation-building.

Even medical research and decent hospitals is the most essential, an extreme need not just an egotistical arrogant-ignorant want. Why not better equip Ghana’s medical research center (which may stop African government officials from flying to developed nations US/UK and Dubai for medical assistance)?

A library with over millions of books (similar to the U.S. Congressional Library) and offering computer and reliable internet access, which would help Ghana in elevating academia and in the country’s re-development; and provide employment and a tourism site worth travelling to visiting.

Electronic resources can be useful at times, but not reliable-- possible deletions of databases or websites, or hacking issues; and not everyone can afford an Android or Laptop. And why should research manuscripts and book bibliographies be full of electronic resources? Also, Ghana’s electric power service is poor and inconsistent in many African nations, especially Ghana with its dumsor schedules or “technical difficulties”, or possible outages that some Ghanaians and African Diasporans say are due to where one resides in—be it political party area or tribalism.

Where can teachers retrieve viable education resources which to research, build content and cite data in their lesson plans, and present references and plan library excursions so learners are provided a quality education? Or is it by design-- is it some Ghanaian politicians do not care (especially those who children attend schools outside of Ghana) and/or those who desire the masses to be ‘dumb-down’ to control, and prefer teachers babysit and just play school?

Dr. K. Makeda Muhammad is a ‘Repatriate’ a returnee to Africa via Ghana in 2011. Dr. Makeda’s field of study is Black Studies; she is an educator, writer, Pan Africanist, community activist, and social media freedom fighter.