On Ghana's Sanitation! Outrageous Monopoly And Wickedness Leads to Shame! 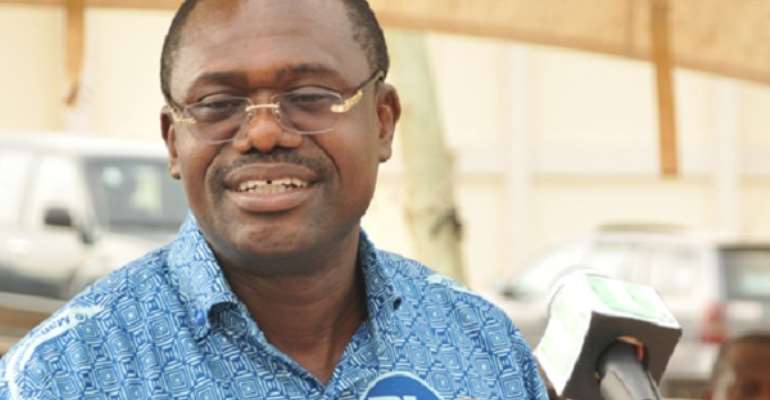 The online News report by MyJoyonline of March 9, 2018 titled "Sanitation Minister blames Zoomlion", is one of the most revealing of the rot in Ghana. It makes on sick to the stomach about the filth, the the stench and the ugly Ghana we never imagined in 1957!

Can you imagine paying workers Ghs 100 and the company keeping 400! For 45,000 young Ghanaians! Gosh! How are they supoosed to eat?

I am really mad at whoever has made this Monopoly happen! Are Ghanaian Ministers and leaders that blind or that wicked and crooked??

How can you all allow one man to become so wealthy taking every district in the nation and paying hundreds and thousands of our youth in poverty on less than $1 per day salaries?

Why this monopoly? Why can't any leader see we have a flawed constitution and work to fix it and allow some local empowerment allowing elected local Councils and Mayors to think for themselves and control how and who pick up their garbage!!

This so-called Dr. Joseph Siaw Agyepong is listed as the richest man in Ghana by some sources, worth in the billion dollar category and if the reports are true, he must be the most wicked and evil man on earth to pay 45,000 youth less than $1 per day (Ghs 100 per month)!! And how can all these leaders be watching this?? I think he started under President John A. Kufuor and then President John Mahama and now President Nana Akufo Addo? $100 million lost under a fake Youth Employment Scheme, GYEEDA and nobody punished!!

So we ask: How can all our Presidents be so naive and so taken advantage of by one man?

One wonders how much he paid the NPP and the NDC!! These must be revealed!! The Electoral Commission must reveal as called for in the job mandate and the constitution an audited accounts of the Political Parties!

Where is the shame?
Ghana Leadership Union, GLU, set up a pressure group called GLU-CLEAN-GHANA ORG. in 2016 and made proposals.

See
http://www.clean-ghana.site
The proposal for a meeting presented to the Speaker of Parliament in 2017 was not even replied to! Another joint letter was submitted by Awuriki Yeboah on behalf of GLU and CPAG and the NPP Ministers and the Presidency has not even given a courtesy reply! Who do these people think they are? Kings and Queens over the poor and stupid people of Ghana?

Nothing will satisfy some of us until there is a CRIMINAL INVESTIGATION!!

There is too much evil in Ghana for money and where does all this lead us but disgrace to be listed 2nd dirtiest nation or 2nd in Open Defecation in the world behind only South Sudan!!

Somebody or some people must go to prison or we must never rest!!