Could The Prophetic Revelation Of Ebony Reigns' Death Strengthen The 6th Of March Prophetic Warning To His Excellency Nana Addo-Dankwa Akufo-Addo? 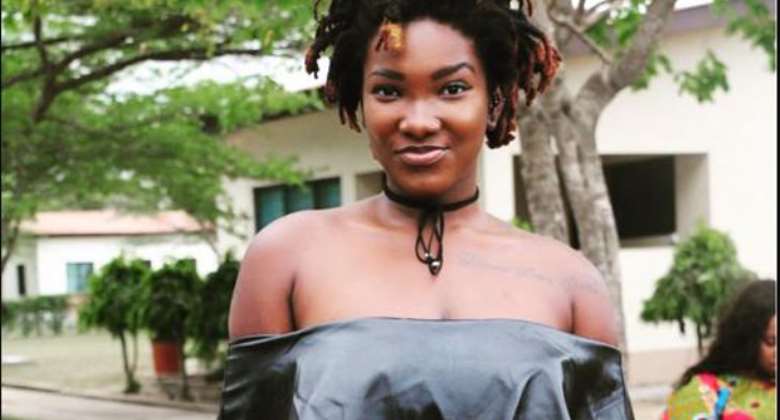 On Friday, 9th February 2018, I went home in the morning to find my wife listening to her usual Ghana news on Peace FM online. I could hear the presenter questioning their reporter at the scene of a car crash on the Kumasi to Sunyani road. The reporter kept saying Ebony is dead. She died in the same attire that we found her in a picture I have just posted on our Peace FM website.

The presenter kept pressing the reporter with more questions. The reporter kept confirming Ebony is dead alongside a soldier and a young girl she was with. However, the driver is in a critical condition and it is only God that can tell whether he will survive or not. I have been to the hospital mortuary and they are lying on the floor. Ebony is dead, he said.

I did not know who that Ebony was and why they kept mentioning her repeatedly out of all the dead. I was tired and needed some sleep so I went to bed. It was when I woke up at around 12 noon and collected my grandson from school that I got to know who the deceased Ebony was and how an important music personality she was. No wonder the radio presenter kept questioning the reporter about Ebony, Ebony and Ebony.

A church colleague of my wife had sent her a WhatsApp video in which a certain pastor or prophet was mentioning that from the very day that he was uttering that prophesy until the end of July 2018, Ebony will be involved in a car crash where she will lose her life. The pastor or prophet said exactly where the accident would occur. Truly as prophesised, Ebony has died at exactly where the prophet said, in a fatal car accident. Although the video had long been on WhatsApp, it seems to have found its way onto the YouTube today, 9th February 2018. It can be viewed under the YouTube heading, “A prophet prophecy about Ebony's death” and under the link below.

To prove that the prophet had not quickly made his prophesy upon learning about the death of Ebony, I heard Peace FM play his previously recorded prophesy regarding her death. Peace FM radio station can ascertain the veracity of this by telling the public when they got hold of the recording.

The objective of this publication is to emphasise to His Excellency Nana Addo Dankwa Akufo-Addo about the need to take it very seriously what is prophesised by the Eagle prophet to be waiting for him on 6thMarch 2018 at the National Independence parade. I am once more stressing to him that it is not all prophets that are fake or it is not all prophesies that are false. This one about Ebony has come with precision, sorrowfully of course.

As I keep saying, God reveals to redeem but on condition that one does as He, God, will prescribe for solution to avoiding the occurrence of whatever bad thing is about to happen to the person concerned. Without doing as He will instruct for evading the problem, whatever the bad thing prepared by the enemies or the evil one against you will come to pass.

The President by virtue of his position and the respect that goes with it can invite the Eagle Prophet and that certain pastor resident in London who once used numbers to predict his victory at Election 2016 to his office to find out from them how best he, the President, can avoid the bad omens awaiting him. They will gladly come, although he rather has to go to them. For the respect they have for him, they will not hesitate to be at his beck and call, if I should go to the extreme to emphasise the importance of Nana Addo in the life of many a Ghanaian.

When the evil men plot against you, very often they will harden your heart. You will become so obstinate; believing in yourself and capabilities and relying on your wisdom, intelligence and strength to fight them. However, that should not always be the case. At times you will need to seek assistance from those genuine men of God who will not exploit you but will honestly do to you exactly as God has revealed as solution to the looming problem about to befall you.

I shall from my overflowing knowledge of things, strongly advise the President to stay away from the 6th March 2018 Independence Parade in case he has not yet taken the necessary steps to abort the catastrophe prepared by the enemies for him as prophesised by the Eagle prophet. It has been publicly acknowledged that most of his prophesies do come to pass. Why doubt such a person when he tells you anything pertaining to your wellbeing without asking you to pay him a pesewa unlike the otherwise fake prophets will do?

I have already conveyed my strongest worry to the President about the 6th of March 2018 on my online publications on Ghanaweb and Modernghana. Who cares if the NDC will laugh at him for chickening out if such a step is to save him his life as God's purpose for him is yet to be fulfilled fully?

I shall task his wife, First Lady Mrs Rebecca Akufo-Addo, to do whatever it takes to protect his husband. She has to be mindful of the food he eats and the drinks he takes. She has to be as wise as the serpent to detect who although may be close to his husband; they are the very enemies within seeking his downfall. Women are very observant so she had better be. She has to arrange to see these mentioned prophets; the one from London and the Eagle prophet to find the way forward to protecting the life and safety of his husband. I, Rockson Adofo, can only do so much; the bulk stops with the wife of the President if she does not want to become a one-year or two First Lady to shortly become history never to be heard of again.

Once, I published an article headlined, “Behind every successful man there is a woman but behind a failed man, is there a woman?” It was then about how First Lady Naadu Mills was sitting down obviously doing nothing while her husband, the late President Mills, was being taken for a rough ride by the NDC. I advised her to stand up to act like the late American First Lady Nancy Reagan. She was tough; helping her husband the late President Ronald Reagan. Mrs Mills still sat doing nothing. Not long after that publication of mine, President Mills succumbed to a mysterious death the cause of which still remains unknown until today.

Why do I recommend the wife of His Excellency Nana Addo Dankwa Akufo-Addo and his/her children to be very much particular about his protection and safety? It is solely based on what my father once told when he was fit. He was imparting knowledge of life experience to me. He said, “When you are sick, the prayer of your child is, please God, help heal my father so that if he lives, he can continue to provide for me. If he gets something to eat, he will surely give me some. However, the prayer of your nephew is, uncle should die so that I can inherit him”. What my father said became all too obvious when he fell sick and on his dying bed. I shall not go into the details of what happened but the little said explains it all to the wife and the children of the President.

When a voice revealed something to me in my sleep on Wednesday, 31st January 2018 after using a section of the bible to pray, I have started taking steps according as instructed. I have taken the first step. It is by doing as instructed that God’s revealed purpose about you can come to pass; whether it is either giving you something or averting a disaster about to happen to you.