Do Not Resuscitate, Let It Go! 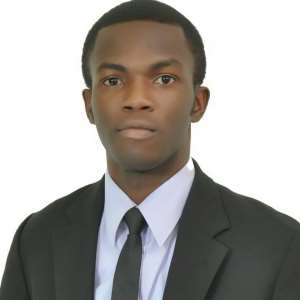 Do Not Resuscitate (DNR) is a legal order written in the hospital to withhold cardiopulmonary resuscitation (CPR) or advanced cardiac life support in respect of the wishes of a patient in case their heart were to stop or they were to stop breathing. If you are not familiar with medical ethics or law, don't sweat it. A DNR is to literally instruct, "Hey, if my heart stops beating, do not attempt any measures to give me life".

A DNR is to, having realized all is said and done  when life's long road is walked; admit that the time to pull the plug is due.

Life, like a river cannot be beaten into submission. So when it decides to strike, as fate may have it, we can only surrender to its currents.

We live in perpetual denial of our insurmountable prowess, but everything gives up on us eventually, we give up on everything eventually, too. It is true success is largely about resilience. It's about guts and strength. But actually growing appendages to attach onto heavy weights is weakening. Your energy is not a life source for the negative.

For there's always that moment...
The heart will slow down to a halt  heartlessness abounds, the once receptive hands that held us tight turns cold, the body lies still, unmoved by the emotions around it: death is glaring. We may attempt resuscitation. But nothing has to be forced that is truly and godly meant to be. Any relationship that doesn't end in a breakup ends in death. Everything falls apart in the end. Everything will.

Sometimes you have to stop giving CPR to dead situations. Let whatever is dead be dead. Do not resuscitate the past! Forgive and disengage. It is as easy as shooting fish in a barrel. It's a load off your mind to let go.

This is a problem that has a solution. There are a lot others that don't: like expiration, like dead friendships, dead businesses, dead prospects, old habits, hoary traditions, old situations. Stop reconnecting with people who cherish you no more.

You may lose the world, but you will gain the universe. Holding onto something that is good for you now, may be the very reason why you don't have something better.

Some people believe holding on and hanging in there are signs of great strength. However, there are times when it takes much more strength to know when to let go and then do it. Heaven knows you did your best.

You must learn to unleash. Pain will leave you, when you let go of the hurt, the disappointment, the utter shock, the dark days and the crushes. Release the stress. You were never in control, anyway.

As doctors respect a patients decision to not fight anymore, so must you also throw in the towel when people literally write you their notice of disinterest. Sometimes, to win a battle, you need to lose a war. Here too, if you aren't familiar with the concept of hard metaphors, never mind; just let it go.