Some Patients Don't Even Say Goodbye Anymore, And My Arms Still Hurt 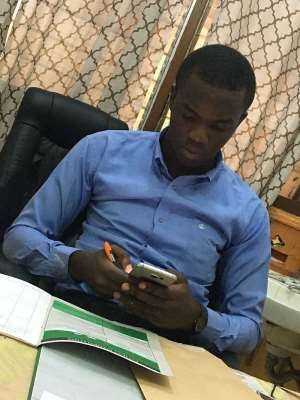 "Emergency!", followed by multiple erratic bangs on my door, and then the shaken voice got lost into the other side of the hospital. My feet barely touching the ground, I dashed to the ward, where a 16 year old boy was said to have began gasping and getting restless. His pulses were fading like the old year. His eyes were bulging as if they meant to jump out of their sockets.

All that I could find helpful were three nurses and an oxygen cylinder. But we'll fight this higher force with all our might. Stethoscopes besieged his chest, lights were flashed into his eyes, portable monitors found their way onto his sides and each beeped one reading or the other. The numbers were scary, but not as fierce as what is imminent.

But we'll fight this with all our might. With a rush of adrenaline. With silent prayers.

We humped on his chest, kicking his heart, gushing air into his lungs and sending drugs into his veins. A nurse held a bag of infusion over him, squeezing with the determination of a true life saver. She held her breath the whole time, as if reserving it for when the oxygen cylinder runs out.

Like any successful venture requires you to divide the labour to create an efficient enterprise, each person by their skill had something to offer; targeted at giving this boy his life back.

But here on this bed, Death too has its vans all lined up on standby with engines running. It looks strong and unrelenting; death itself is a well oiled machine.

We're born, we live, we die. But sometimes it's not necessarily in that order. For this ill-fated teen under my chest compressions, he's only been repeating a cycle of "live, die, die, live, die" in the past 10 minutes.

Death has this rude pounce it exerts on victims. We never see it coming, until it is right in our faces. And here we are hosting an unannounced visitor at 3:00am. But which sane guest shows up in the wee hours of the night? Death is really insane!

Although Death's approach to claiming this life will be met with reproach by the mother of this boy, we can't fight anymore. He circles in the drain and is suddenly as dead as a doornail. This is the part were we hand over the steering wheel to the Lord.

We did not lose a patient. We lost a fight. Death has called attention to itself, and it has got it.

The rest of the night was brash and destructive for me. I kept rehearsing unsuccessfully how to break the news to the mother when she arrives with warm water, new clothes, food, new year plans and hugs for his son. She would be disappointed in me and God and life itself.

The boy laid still and cold. He was done and looked peaceful. As I wrote in his papers that something mightier had taken hold of him, I knew that my good friend would enter through this side of the world weaker and come out through the other stronger.

A lot more than sixteen years would have been deserving but we're just mortals and we don't own the steering wheel.

We tried, Arhin. We tried. You know we did. Rest in peace, knowing that my arms are still hurting! Your chest must be hurting too.