Rest In Peace Major Mahama, But May We Never Rest As A People Until… 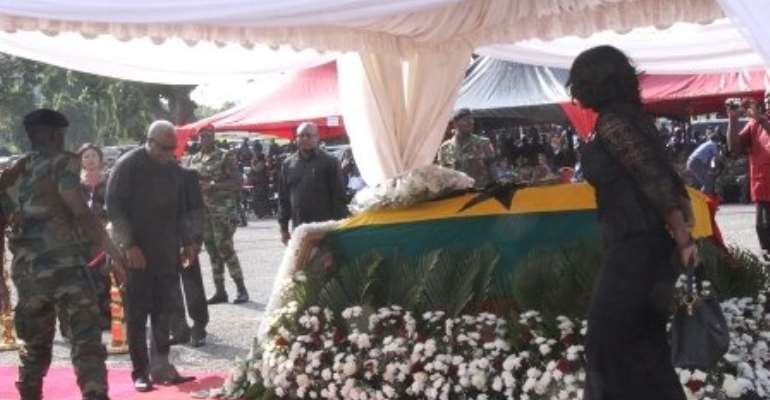 Rest in peace, Major Mahama, but may we never rest as a people until we confront, head on and tear down, the lack of humanity that caused your death in so horrific a manner.

May we never rest until we eschew the gross negligence which hamstrings us so that we allow our little social ills to fester on and on until they become living monsters almost impossible to tame. Monsters that then threaten our very existence as a people.

Rest, for you have done your part.
It is for us not to rest until we abandon the window dressing and whitewashing of issues that challenge us as a people. Critical issues that stare us in the face but which we so often are in denial of for pointless political expediency.

May we never rest as a people until we have restored our conscience. Conscience which bestows upon us morality. Morality which enables us to choose between right and wrong, good and bad, ethical and unethical, honourable and dishonourable.

Major, rest in the bosom of the Lord.
But may we never rest as a people until we unlearn our tendency to destroy God’s gift of Ghana to us and learn to nurture her for future generations.

May we never rest until we have manifestly and thoroughly made your murderers face the full rigours of the law.

May we never rest until we have made a better version of ourselves.

Rest in peace, Major. Your life shall remain a major turning point in our history as a people. Rest.