The MD of GCB, Ernest Mawuli Agbesi – A saga of Thievery & Looting 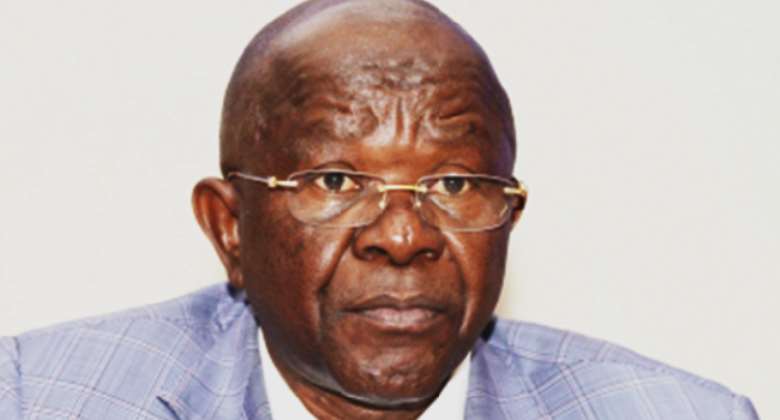 It is horrifying to note that people trusted in places of authority with the poor man’s money have betrayed the nation woefully. But betrayal, in the case of Ernest Mawuli Agbesi, came with extra additives. It is important to know that Agbesi did nothing to consolidate the gains that the bank had achieved over the years.

Let the customers of the Ghana Commercial Bank understand that if this institution collapses, their finances will be doomed, so it is imperative and absolutely necessary that they should stand firm and call for the head of the Managing Director, Mr Ernest Agbesi. Documents that were shown to us indicate that this man was in cahoots with the former Chief of Staff, Julius Debra, and other accomplices to milk the bank dry.

He made “unsecured” investments on behalf of the bank contrary to BOG regulations, exposing it to unlimited risks. That notwithstanding, this irresponsible person, also, authorised loans of over six hundred million Ghana Cedis to the following: Unibank; Capital Bank; Firstbanc; First Allied Savings & Loans; and others. Of course shady accounts like the Black Star Support Fund, and many ghost accounts, were created into which large sums of money running in the tens of millions of Ghana Cedis were diverted and, subsequently, withdrawn. He paid millions upon millions towards John Mahama’s campaign, all from the customers’ deposits, allegedly.

How can such perfidy continue? It is beyond any stretch of the imagination to think that such odious machinations would go unpunished. This man remains at post, continuing with his cover-ups because what he had done was to reconfigure the bank’s system to wipe away all traces of his dubious transactions. I iterate, and do reiterate, that customers of the bank must sit up and demand better accountability because they would soon find it necessary to sell their underwear to pay debt, if the bank is allowed to collapse with this man as the Managing Director. Let the whole world know that his managerial “skills” were involved in collapsing the once vibrant Cooperative Bank. Skills, eh? Yes, skills to destroy the Ghana Commercial Bank as he helped collapse the Cooperative Bank.

GCB customers beware. Demand your money or Agbesi’s head, but left up to me, I would demand his head. He claims that the Bank of Ghana had already conducted an audit of GCB and the findings came back clean. But if he wouldn’t be so fast, we would like to inform all and sundry that there are witnesses to testify to his fraudulence. The pre-cleanup data were printed in hardcopy for the purpose of due diligence. Stand by for actual figures, and detailed delivery of his thievery and looting, in my follow-up articles.