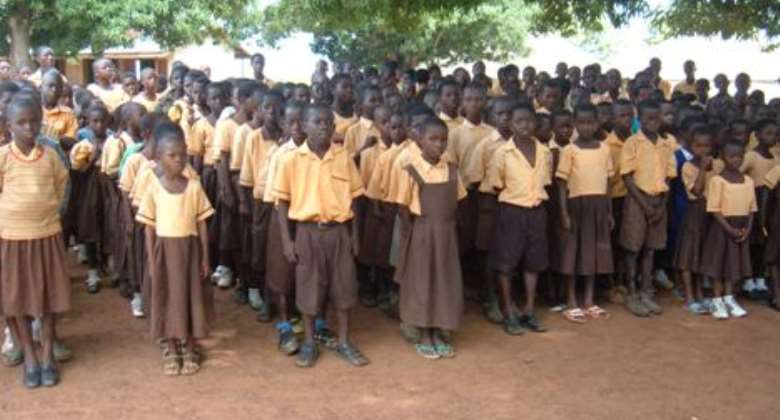 The then opposition NPP made a solemn promise that it would restore allowances of teacher trainees and trainee nurses if voted into power. Today, they are in power and would not renege on the promise. They seem to want to put their money where their mouth is. The action of the Mahama government which was condemned by its victims and the then opposition NPP was, however, commended by education think tanks such as VIAM Africa.

At face value, reasons given by the past government for scrapping the allowance in relation to the quota system and poor infrastructure make a lot of sense. For instance, when in 2009 I entered the Akatsi College of Education, the total number of students admitted for my year batch was about 230 students. Later, I realized similar number of students was admitted across many schools in the country and this was because of the quota system that was in place.

This time round, schools enroll between 300 and 430 students and this according to data flow shows about 63% jump in enrollment across the 38 colleges of education after the quota limit has been lifted. This marginal increase in enrollment gives opportunity to many candidates and if continued will reduce the teacher deficit in schools.

But there is no gainsaying the fact that this scrapping of allowances has brought untold hardship on students as the scrapping was not implemented without the attendant increase in fees. Brilliant students with backgrounds like mine may never realize their dreams of becoming educators of our children or nurses to the sick. Adding to the woes of trainees is the compulsory sale of books by their tutors for all nine courses in defiance of government’s policy that prohibits tertiary institutions from selling lecture notes to students.

And so rather than bringing the quota system through the backdoor in order to restore the allowance, government should rather strike a compromise for both. Allowances should be implemented in a manner that would not increase teacher deficits.

During the Appointment Committee’s hearing, the Minister designate for education, Dr. Opoku Prempeh, was asked whether the restoration of allowance will include university students studying education.

Also, there has been in circulation a post on social media about a mushroom group called University Teacher Trainees Association which is rallying colleagues to demand their pound of flesh as far as the allowances are concerned.

Much as the demand from the above entities may seem reasonable to some, it is an absurd and mischievous demand from people who barely understand the plights of trainees.

To start with, while university students take four years to acquire a degree certificate, it takes three years of doing a rigorous curriculum to acquire a Diploma in Basic Education (DBE) in the colleges. Seen?

Hitherto, a teacher has to work for four years before s/he can apply for sponsored further studies also known as Study-Leave-With-Pay but now, the Ministry of Education has extended the minimum number of years of service required for further studies to 6 years. As we speak there are teachers who acquired first degree through Distance Education and Sandwich programs but have to wait until they meet the 6year requirement for approval. How many of the so-called university teachers would want to serve under this backward policy?

Moreover, while other diploma holding students have the opportunity to start degree programs from level 200, DBE teachers who gain admission to pursue degree in education and its related programs begin from level 100. Meaning they are not granted exemptions!

Consequently, a successful WASSCE candidate who takes the path of training college spends almost ten winding years in a rather torturous pursuit of first degree once he wants to go by the rules of GES. These are the realities that set apart trainees from their colleagues who pursue education and its related programs in universities.

The so called Concerned University Teacher Trainees who are issuing statements on social media should appreciate the hard issues and desist from mongering ignorance on this matter. This is a policy that existed for only trainee teachers and trainee nurses, it has never covered students in universities and attempts to sabotage government is a sabotage against other poor students who want to serve their nation through a humble path.

"It's a great time to invest in Ghana, the safest country in...
28 minutes ago