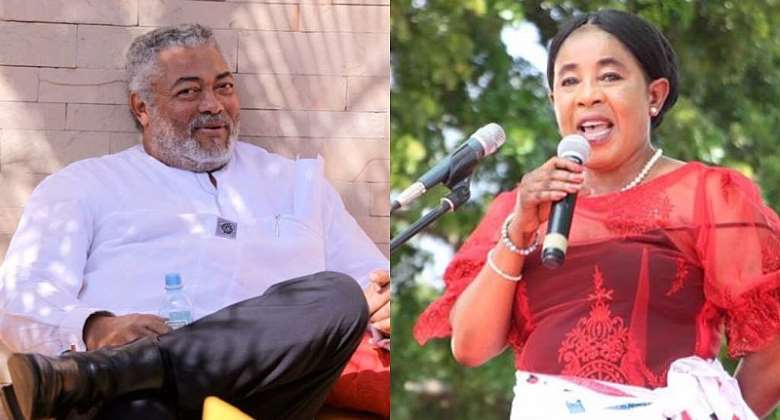 In the just ended marathon election of its national executives, the NDC gave us an anti-climax of what the party’s communication team would have political watchers see. They highlighted a perfect program organization as if it meant a perfect delivery. The stage was all green as if we have, all of a sudden, been blessed with repentant politicians who have turned a new leave. It appears, however, that the party is not green after all. I don’t know the contract the party signed with owners of the Fantasy Dome, but its patrons left the place nasty, an eye sore that was in sharp contrast with the beautiful stage we watched on TV.

Save for the miracle of a name change for Hon. Adu Asare, the event was largely successful. We should ask if organizers of the election have Pentecostal or Charismatic orientations or both. We, Charismatic and Pentecostal Christians, believe in all kinds of things including name changes. Peradventure the NDC is born-again and needed to change a candidate’s name for that symbolism it deserves; like Abram to Abraham, Saul to Paul and now Adu Asare to Justice Yeboah. What a change!

Adu Asare was not the only one hurt, just as many other losing sides, Anita Desoso was so hurt that she couldn’t contain it. She raised an Identity argument that sparked social media war of propaganda: the Volta Caucus was not well represented, she intimated. The NPP would not fail to remind the people of Volta that they have been meted out with undeserving treatment at the just ended congress. Officials of the NDC who feel cornered by the propaganda are struggling to make convincing arguments to their most loyal base. Rawlings in an interview with the Ghanaian Times also mentioned he is disturbed about the ‘absence of a Voltarian’ at the helm of the party.

Indeed, politics and tribalism, in developing countries in particular, are two sides of the same coin. After the election of the national executives of the NPP, I read comments on social media from people I perceive as NDC supporters who drew attention to the crying dominance of Akans at the NPPs frontline. Now, the table has turned and the NDC is harvesting the seed it sowed, albeit with grudge.

There is a notable level of tribalism in politics even in developed democracies but it cuts deeper in African politics. Concerns about cronyism and nepotism which reigns supreme in African politics may lend some weight to the Volta Caucus’ argument made by Anita Desoso and those expressing the sentiment.

Having that in mind, political parties are supposed to be platforms for generating ideas, ideologies and national debates. If democracy is going to yield its holy fruits as the only vehicle for true prosperity and sustained growth, our discourse as a country should be about how much research goes into manifesto promises or which political parties solve our common issues of energy, transportation, education, healthcare and unemployment in a more pragmatic way.

The challenge to African democracies is the use of ethnic groups to advance narrow political interests. It was tribalism that fuelled many civil wars that were started by politicians. It is time we built this country around ideas rather than clan identities. ‘We are Akans’, ‘we are Ewes’, ‘this is our party’, ‘he doesn’t speak Twi so well’; such unintelligent arguments should be unlearned. In the absence of genuine political brands that compete on the basis of ideas, greedy politicians exploit our ethnic loyalty as foundations for political competition. Identity politics is inimical to organic democratic evolution as it thrives on zero-sum competition.

It is the kind of thinking that has gone into the idea of building a national cathedral with the sole interest of making the NPP look more Christian and even that, at the expense of the Christian children that are studying under a Mahogany tree in the Kadjebi District of the Volta Region. The same thinking goes into the demarcation of regions currently on-going. All on ethnic borders. And all that is done with the politicians’ eye on political identity.

We must, as ordinary people who don’t benefit from political appointments, find means to force our political parties to rally around common themes of infrastructure, housing, education, healthcare and unemployment. Otherwise, our tribal and religious identities will continue to blunt efforts by civil society organizations to bring policy-driven politics to the doorsteps of ordinary citizens and the prospects of democracy will elude us forever. Let us bear in mind that tribal coalitions though may portray a semblance of balance are not enough substitute for merit.