“Let them swear by “ANTOA”. Combating corruption in Ghana: revisitation of the indigenous traditional culture. 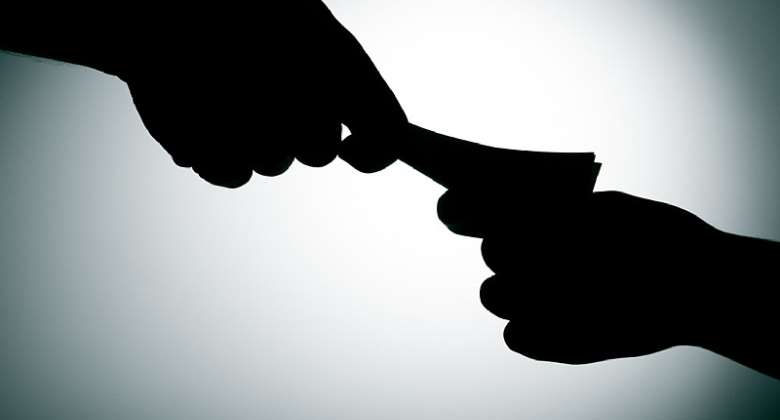 “Several indigenous practices that were deemed barbaric and inhumane like human sacrifice, slavery and other practices were outlawed because they were encapsulated in the quote of barbarism. What is more barbaric than massive abuse of the public office for private gains, plundering nations coffers, wrongful capital accumulation and thus becoming a charlatan and a chief bandit?”

Introduction
Corruption in Africa has reached cancerous proportions. In fact, so pervasive is this

Phenomenon in the region that it has been labelled the ‘AIDS of democracy’ which is destroying the future of many societies in the region. The corruption problem in Africa reflects the more general, and now legendary, climate of unethical leadership and bad governance found throughout most of the continent. (Kempe et al 2000).

There is massive immorality towards the civic public. It’s quite obvious that within the era of the bullet and military generals, there were massive looting and banditry. The issue about rule of law, public accountability and good governance were thrown under a running vehicle. As a results Africa’s development was held in stagnation and retrogression. The crises was so great that the period was referred to as the lost decade. Standard of living plummeted country after country and by the mid-1980s the continents citizens were as poor or poorer that during the time of independence (bob milliar and bob milliar k 2013). Corruption was endemic as these chief bandits and heads of state landed hard on the nation’s coffers and looted massively. Gadhafi made a fortune of $60billion, Hosni Mubarak 42, Ben Ali $13billion, Mobutu Sesesoko, $10billion, Babangida in Nigeria $9billion, Nigeria again Sani Abacha, the butcher of Abuja $5billion, the major bandits have always been these military generals (see George Ayittey, Africa’s military scourge. San Francisco freedom forum.)

Ghana also experienced era of these military generals. But in 1979, some of these ex-military heads of states were executed by firing squad by FLT lieutenant JJ Rawlings due to cases of corruption during the governance and leadership of these generals and military coconut heads. But corruption even worsened.

Against this background, in the last decade and a half of the twentieth century Africa’s development was attributed to the politics not the economics. So there was a wind of democratization that was blowing. With which several African countries embraced democracy as a panacea for corruption. Because it’s been argued elsewhere that, intellectual reform, political reform, constitutional reform, institutional reform and economic reform were the necessary requirements for the combat corruption and make the continent a better palace( see George Ayittey (2011) speech, titled “War on African Dictatorships,” which he coins Ayittey Law)

But with respect to records, democracy has even created a spur for corruption to thrive. There is massive immorality towards the civic public. Several institutions in the Ghana are wallowing in corruption. This article will not look critically at corruption and development as it has been dealt with elsewhere. (See kemps et al 2000). But it looks briefly at the various corrupt activities and various dialectical views on this cancer. I then make my argument and suggestion that these public service occupants who swear an oath and normally with the Bible and Quran should be allowed to revisit the traditional cultures by swearing in with ‘ANTOA’ a river goddess and thus see the nature of corruption after this approach.

It was obvious that Ghana and Africa at large had a development impediment which was corruption. Corruption caused Africa massive setbacks, due to this democracy became the panacea for this ailment. Within this article drawing directly from kempe et al 2000, I define corruption based on the root Latin word to break, rumpere – which implies that something is badly broken. This something might be a moral or ethical code or, more often, an administrative rule or a law. The person who breaks it derives therefrom some recognizable benefit for him/herself, family, tribe, party, or some other relevant group.

Corruption as defined, the utilization of official positions or titles for personal or private gain, either on an individual or collective basis, at the expense of the public good, in violation of established rules and ethical considerations.

Several institutions in Ghana which are supposed to combat corruption are wallowing in this activity.

IMANI Ghana estimated in their report that government misused about $1.6 billion from 2012 to 2016. (Pulse.com 21 July 2016). Where did all these amount of money go? Also, an estimation by the IMANI Ghana also shows that Ghana loses $30 billion annually (cicifmonline.com 15 may 2016). All these leakages are a results of massive corruption within the public sectors.

Corruption has become a regularized norm that all public service positions engage in. the police service are on top of the list. The police service have been criticized with respect to the massive bribery they engage in. they abuse their position and engage in acts that will benefit them. Massive immorality towards the civic public. Several surveys such as the afrobarometer, the IEA survey and several others found the police to be the top most corrupt institution. The education system is also bleeding with corruption. If you want to enter some tertiary institutions they is an institutionalized and acceptable form of corruption that serves as the path for admissions in Ghana irrespective of ones qualifications.

Again the judiciary is also captured within this activity. 34 high court judges were caught on camera receiving bribes whiles others were involved in other corruption related activities to influence judgment. This was captured by a CAMERA. But there are institutions built to check these activities but are not functioning in their right sense I that a camera has been able to identify corruption in the public services. Government officials turn their appointments into business of money making.

Corruption also is very pervasive in Ghanaian politics. Establishment of patron client relations. The ideal of democracy is always broken in that the linkage between a citizen and a politician has always been incentives that are given to them to buy their loyalty. Rent seeking, looting the nations coffers for campaigns. Lindberg(2003) identifies that democracy feeds neopatrimonialism and thus corruption is pervasive among politicians especially members of parliament.in his lecture professor Stephen Addai asserted that politicians see power as an avenue to amass wealth at the expense of the poor. He elaborated on the fact that money has been playing a major role in the nation’s political life and worse of all the fourth year term there is economic mismanagement. (Pulse .com 27th march 2015). There is massive misappropriation of funds which go into the pockets of these top government appointees. Kickbacks in contracts and other situations are all ways these top officials enrich themselves and their cronies.

With some statics of losses to corruption, between 2009 and 2011, the amount of judgment debt paid was over $200million. This amount equates the budgetary allocation for agricultures Ector, and was more than the total accumulated revenue realized by the national health insurance levy at the end of 2011. According to the auditor general, in 2011 alone Ghana lost about $50million to financial irregularities in the public sector.

This phase does not hit hard on religion but just a justifiable analysis. There are several corruption fighting institutions like the serious fraud office, the CHRAJ, commissions of inquiry and several other institutions. But corruption is still ubiquitous.

Top government officials and ministers of state swear by the bible and the Quran when they are being inaugurated into their various positions. In fact take an oath of corruption free posture when they ascend the throne. The fact is they are not supposed to abuse their office for private gains. If they do the nation suffers. They swear with the bible and the Quran, but still come and loot the nations coffers or engage in this act.

ANTOA NYAAMAH, a powerful river god has featured in Ghana’s politics for some time. Politicians invoke the river god even though they have been sworn in by the bible and the Quran. Several instances have been recorded.

Two leading supporters of the two presidential hopefuls in the NPP, Hopeson Adorye invoked the dreaded Antoa nyamaa on Okatakyie kwame Opoku Agyemang, due to conflict of interest.(the herald 6 the august 2014)

The deputy Eastern regional minister, Mavis Ama Frimpong threatened to invoke antoa nyamaah, river deity to clear her name in connection with a leaked tape that recorded her voice as chanting “kukurudu”, the slogan of the new patriotic party.(ghanacrusader.com and the daily guide)

Two women invoked curses on the EC boss of her likely to rig the election in the NDCs favor. (I Dec 2016, 3news.com)

Again in an interview with a party activist, he said,

“When the MP gives you money then you curse yourself with ANTOA, that you will vote for him and the party else the deity should strike you dead.”

Why do the politicians invoke the spirits if they swear by the bible or Quran?

The fact is there are evidences of the quick attack of this deity on people who are found guilty. And also there is a belief still in the traditional cultures.

The point is, these officials swear by the bible and Quran. These whole books stipulate clearly the wrongful nature of corruption. But these Christians and Muslims statesmen come into office and plunder the state’s coffers and engage in all sorts of wrongful acts which will make them rich. These judges also swear an oath to provide nothing but fair justice, but massively engage in corruption.

People in Ghana fear these powerful gods than the almighty God who created the inferior gods. But there is massive immorality in the civic public. The effects of corruption is huge and massive which sand the wheels of development.

From 1992 up to date they have been swearing with these holy books, but still plunder the nations coffers. Corruption is still widespread in Ghana and has become a norm.

With the indigenous cultures the chief swore an oath with these gods and they discharged their duties meticulously.

LET THESE TOP PUBLIC SERVANTS AND STATESMEN SWEAR BY ‘ANTOA’ AND LETS OBSERVE THE NATURE OF CORRUPTION.