“Politics Of Aggression And 2016 Election Year”: Will Ghana Be In One Piece Come December 7?

...“Do Ghanaians want to be imprisoned at refugee camps, fed with high protein biscuits and sheltered with blankets”?
By Isaac Owusu Nsiah
Feature Article 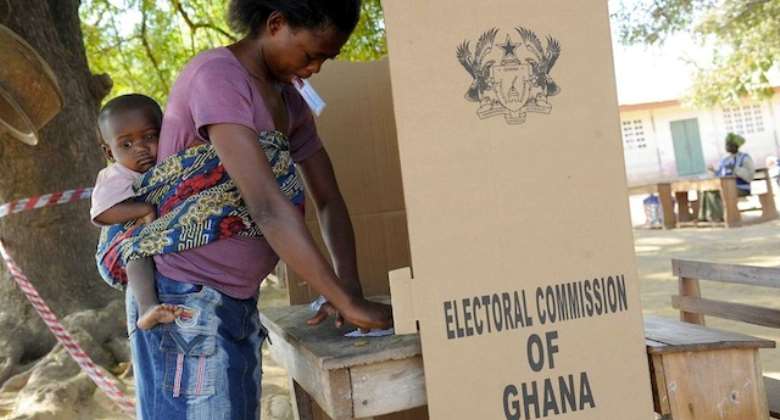 Introduction
Peace is not an automatic and certain happening for the nation Ghana. The fact that Ghana has witnessed smooth political successive developments, does not generate “PEACE” as stereotypical characterization as far as Ghana is concerned. The same politics that exist in other African countries which led them into bloodshed and thus rendered the inhabitants homeless and stateless is also found everywhere of which Ghana is not an exceptions. The search for peace is not obtained through verbal songs and other spoken words that are sometimes pleasant to hear. Some Ghanaians in the various Religion in their quest for peace for the nation go to their sacred places and invoke their objects of worship that “Ghana needs peace”, whilst they themselves engage in acts that generate chaos. Ghana’s political landscape has been dominated by aggression since the inception of the fourth republic. It’s quite obvious that politics is about conflict, but this kind of conflict is not the physical one which involves aggression and manifestations of violent activities which jeopardizes the state of a nation. As a country, we pride ourselves in having successfully gone through six competitive presidential and parliamentary elections without violence. What is evident, however, is that these elections have always been associated with potential election crises, which have had to be managed in order to avoid full-blown election-related conflicts. Within this election year, the atmosphere has been charged with violent activities and other trades of abusive languages. “Within this article, I have employed to a significant extent qualitative approach to project the subject matter of my essay. Newspaper records, online publications, direct interviews and personal observations.”

I define “aggression’ as range of behavior which involves invectives and abusive lingua, overt, often harmful social interaction that can result in both physical and psychological harm. Or the feeling of anger resulting in hostile or violent behavior and readiness to attack or confront.

The following sections project other relevant features of this article.

“Politics of aggression and insults”: the 2016 election year.

In an interview with a youth activist of a political party, he opined that aggression which encapsulates invectives are part of democracy and referred me to the interactive debate of insults that existed between Hilary Clinton and Donald trump.(see www.pressherald.com September 26,2016). Ghana is a developing democracy who is also emulating the developed and mature democracies like the USA so he conclude that even these democracies are OK with insults how much more we the developing ones. After his assertions I asked him what he knew about copying blindly, and his understanding of the concept of reasoning. I asked him again if he has ever wondered the causative factors of these historical war torn countries in Africa. I referred him to Fredrick cooper’s Africa since 1940(basically to find out the nature of the civil war in Rwanda).

The politics of aggression, invectives and intolerance have gained grounds in Ghana’s body politic. This canker is a threat to our democratic consolidation. Ghana’s political activities and debates have been characterized by aggression and invectives. Civil debates of policy is rarity in Ghana. Critical examination of some of these activities are so violently provocative, demeaning and laced with ethnocentrism. The media as a matter of fact has lost focus as a vibrant agent for national cohesion and development and thus has opened and resorted to hyping these activities in the name of freedom of expression.in one of my articles elsewhere I have provided a general overview of the compatibility of invectives and Ghana’s bodypolitic.www.modernghana.com/author/isaacowusunsiah. Again the intra party politics within political parties is also shaky. Angry party loyal engage in all sorts of violent activities due to resentments or disagreements within and among their respective parties. Furthermore the political parties who preach peace and violence free election are tigers with the sheep skin. These leaders of various political parties influence their members or hire “MACHO MEN” to undertake violence and disrupt electoral proceedings. In an interview one MACHO activist of a political party, he asserted that

“In the 2008 elections we were giving guns like AK 47, to go to our opponent’s strongholds to cause commotion just in case there was any alleged rigging. And to our surprise our opponents macho men were much bigger and taller than ourselves, so we couldn’t actually deliver but we chop money in that election.”

In a close observation made, with respect to a close and heated argument between two serial callers of opposing political party whilst I watched them from my table as an exhibition officer, the discussion became more heated to the extent that I had to call some men to help separate them as they engaged in a physical exchange. Below is a catalog of events (selected) within the 2016 election year which captures incidents of aggressions and invectives.

Catalog incidents (selected) of aggression and invectives in 2016

Will Ghana remain in one piece? : A hopeful expectation.

Ghanaians should be wise and understand that politics shapes nation but not the otherwise. The 2016 election is another test for democratic consolidation and a decisional threshold. It’s either renewal of mandate of the incumbent government or election of a new government. What will be the relevance of inflicting pain on your brethren because of partisanship and aggression?

The youth in the country are point of importance in that political parties resort to the services of these future leaders and approach us with that “violent conduct”. We should be careful and remember, that it will be very difficult to build the nation when it explodes.

I urge all and sundry devoid of partisan approach come together as concerned citizens, avoid these aggressive and trades of invective attitude, we God on our side we can still remain the beacon of political excellence and democratic freedom.

The ballot is stronger the bullet.
I stand for peace.
Isaac Owusu Nsiah,
KNUST.