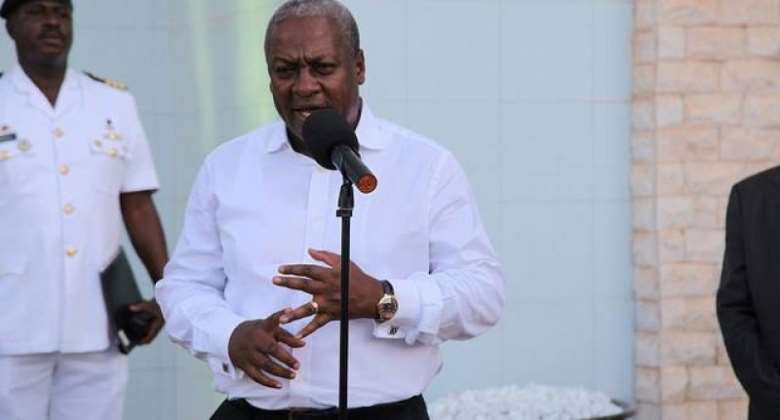 The Commission on Human Rights and Administrative Justice (CHRAJ) has stated that President John Mahama breached the gift policy, when he accepted a gift of a Ford Expedition vehicle from a Burkinabe contractor, as Vice President in 2012.

However, the Commission said it did not find him guilty of bribery and conflict of interest. CHRAJ's report follows a petition by the youth wing of the Convention People's Party, which demanded a probe into the conduct of the President, for accepting the gift worth GHc100,000  from the contractor who was subsequently awarded some government contracts.

CHRAJ said the gift in question formed part of gifts prohibited under the Gift Policy under the Code of Conduct, and that although the evidence shows that President Mahama subsequently surrendered the gift to the State, the action nonetheless contravened the gift policy.

“Whilst the Respondent contravened the Gift Policy by accepting the Ford vehicle, his actions after the gift was made clearly cured any conflict of interest that could have been occasioned.

In the circumstances, the Commission is satisfied that the Respondent's conduct did not violate Article 284 of the 1992 Constitution of Ghana.”

CHRAJ also established that the President was not culpable of conflict of interest, bribery or fraud in relation to the manner in which the vehicle was given to him.

“At the end of the preliminary investigation the Commission has come to the conclusion, based on the extensive evidence assembled, that the allegations that the Respondent has contravened Article 284 of the 1992 Constitution by putting himself in situations of conflict of interest has not been substantiated.

Consequently, the Commission holds that full or further investigations into the allegations are not warranted. The allegations therefore, are hereby dismissed.”