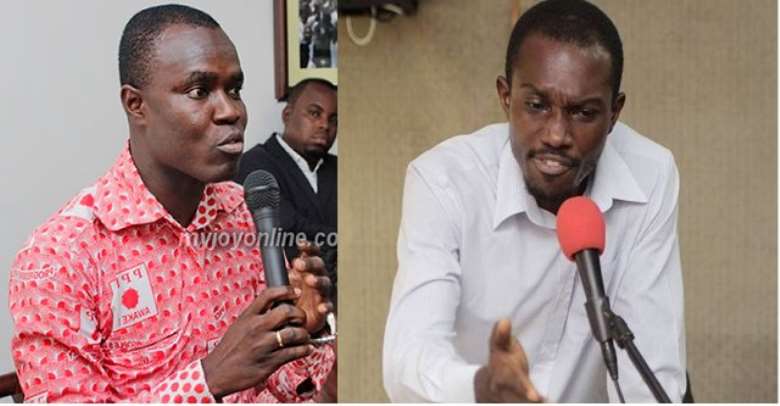 Two of the political parties behind the petitions that triggered investigations by the Commission on Human Rights and Administrative Justice (CHRAJ) into a Ford Expedition gift given President John Mahama say they have been vindicated by the Commission’s report, released Thursday.

Policy Advisor for the Progressive People’s Party (PPP), Kofi Asamoah Siaw says although the party is yet to determine the next action based on the conclusion of the Commission's report, they were right the president erred by receiving the gift.

National Youth Organiser of the Convention People's Party (CPP), Ernesto Yeboah was unimpressed with what he says was a speedy investigation by CHRAJ, nonetheless the party's Youth League has been proven right.

CHRAJ has released a 78-page report from its four months investigation into a gift President Mahama received from a Burkinabe contractor Oumarou Djibril Kanazoe while serving as President of Ghana.

The matter became public following an investigation conducted by Joy News’ Manasseh Awuni Azure after the contractor who has executed two government contracts. He was due for a third contract when news about the Ford gift gained currency forcing him to pull out of the contract.

President John Mahama
Mr Kanazoe constructed the $650,000 Ghana Embassy wall in Burkina Faso which Parliament’s Public Accounts Committee (PAC) flagged and the Dodo-Pepeso section of what has largely been described as the most expensive road project in Ghana – the Eastern Corridor Road Network.

A statement by the Communications Minister, Dr Edward Omane-Boamah admitted the President received the gift but said the vehicle has been added to the fleet of cars at the presidency.

Anti-corruption advocates condemned the president for contradicting his own Code of Conducts for Public Servants and CHRAJ directive on gifts. They demanded President Mahama is investigated for conflict of interest situation.

The Youth League of CPP took issue with the gift and petitioned CHRAJ to investigate the issue on June 21. This was followed by two other petitions from PPP and a private individual Nana Ofori Addo on June 23.

Making its report public 68 days to the presidential and parliamentary elections, CHRAJ says although President Mahama breached the policy on gifts, his act by no means amounts to a conflict of interest.

“At the end of the Preliminary Investigation, the Commission has come to the conclusion, based on the extensive evidence assembled, that the allegations that the Respondent [President Mahama] has contravened Article 284 of the 1992 Constitution by putting himself in situations of conflict of interest has not been substantiated,” the report said.

Based on its investigation, the Commission says there is no need for “full or further investigations into the allegations” and went ahead to dismiss the case.

Mr Yeboah who has not failed to point out that President Mahama has brought dishonor to the highest office of the land described CHRAJ’s work as a compilation of “what we all know.”

“We are not happy with the outcome from CHRAJ. What happens to a President who violates a gift policy?” he asked, adding it appeared the Commission was in a hurry to “help the president contest this year’s election.”

Dwelling on the Commission’s conclusion that President Mahama breached the gift policy, Mr Siaw wondered the punitive measures that would be meted to him.

“The President violated the gift law. I don’t know the consequences of that [but] if there is a law unless there is no sanction prescribed but this confirms that the President has erred.”