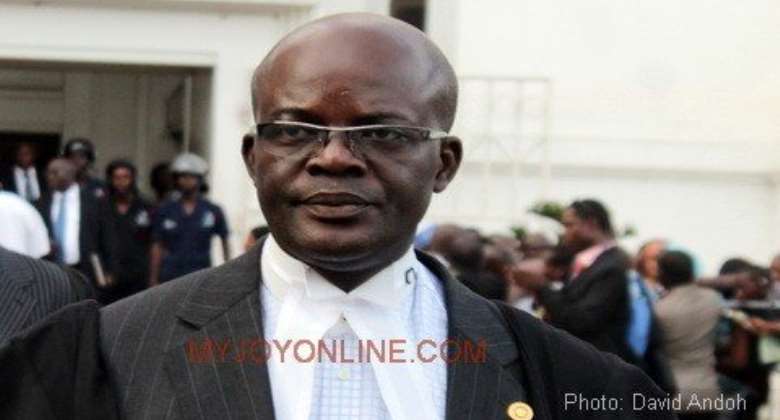 President John Mahama's lawyer, Mr. Tony Lithur, has welcomed the report of the Commission on Human Rights and Administrative Justice exonerating the president over the Ford Gift Saga.

Mr. Lithur said whilst he was "always confident of my client's innocence, the report throws more light on the circumstances surrounding the subject of the complaints, and demonstrates clearly to the people of Ghana that the accusations of conflict of interest and corruption variously made against my clients by different people and entities in various fora, were wrong, without basis and unsupported by the facts."

The President's lawyer said the thoroughness of the investigations "conducted by CHRAJ and the manner in which it has tackled all the issues arising from the complaints are commendable."

CHRAJ has released a 78-page report from its four months investigation into a gift President Mahama received from a Burkinabe contractor Oumarou Djibril Kanazoe who is also his friend.

The issue gained public attention following findings of an investigation conducted by Joy News’ Manasseh Awuni Azure which uncovered that the Burkinabe contractor was awarded two government contracts after donating the Ford Expedition vehicle to the President. The vehicle was valued at $10,000.

Mr Kanazoe was due for a third contract but he pulled out of the bidding process when the news became public. He was the contractor behind the $650,000 Ghana Embassy wall in Burkina Faso which Parliament’s Public Accounts Committee (PAC) flagged and the Dodo-Pepeso section of what has largely been described as the most expensive road project in Ghana – the Eastern Corridor Road Network.

A statement by the Communications Minister, Dr Edward Omane-Boamah admitted the President received the gift but said the vehicle has been added to the fleet of cars at the presidency.

Anti-corruption advocates condemned the president for breaching his own Code of Conducts for Public Servants and CHRAJ directive on gifts. They demanded President Mahama is investigated for conflict of interest situation.

The Youth League of CPP rode on the back of the issue and petitioned CHRAJ to investigate the issue on June 21. This was followed by two other petitions from PPP and a private individual Nana Ofori Addo on June 23.

Making its report public 68 days to the presidential and parliamentary elections, CHRAJ says although President Mahama breached the policy on gifts, his act by no means amounts to bribery and conflict of interest.

“At the end of the Preliminary Investigation, the Commission has come to the conclusion, based on the extensive evidence assembled, that the allegations that the Respondent [President Mahama] has contravened Article 284 of the 1992 Constitution by putting himself in situations of conflict of interest has not been substantiated,” the report said.

Based on its investigation, the Commission says there is no need for “full or further investigations into the allegations” and went ahead to dismiss the case.

Two of the political parties that petitioned CHRAJ on the issue have registered their dissatisfaction with the conclusion of the report. They said what the Commission did was to reproduce what is already common knowledge to Ghanaians.

But President Mahama's lawyer has welcomed the report describing it as a good news.

Tony Lithur said CHRAJ has only corroborated the fact that President Mahama is incorruptible.