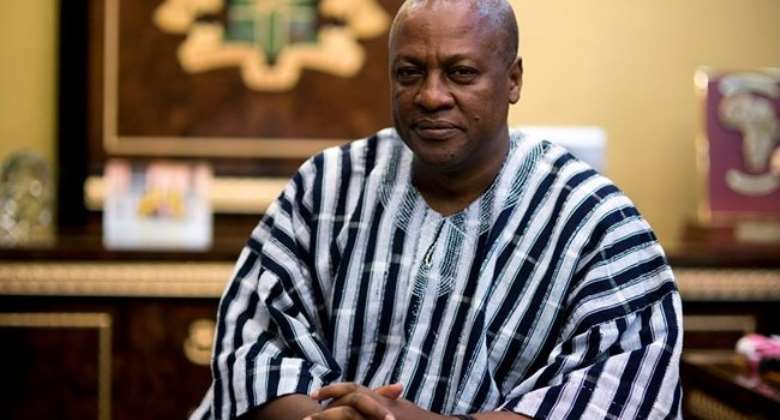 The Commission of Human Rights and Administrative Justice (CHRAJ) has said the president breached the country's gift policy in accepting the controversial Ford gift given by a Burkinabe contractor Djibril Kanazoe.

However, the Commission in its preliminary investigations concluded the president's action did not breach the bribery, corruption or conflict of interest laws of the country.

The findings were contained in a 78-paged report released by CHRAJ, Thursday.

The Commission received three petitions, two from political parties, the Progressive People's Party and the Convention People's Party Youth League and one from a private citizen, Nana Addo Ofori.

Forinstance Article 284 provides that:
A public officer shall not put himself in a position where his personal interest conflicts or is likely to conflict with the performance of the functions of his office. The petitioners have cause to believe that by receiving the Ford gift the president put himself in a conflict of interest position especially after it emerged that the same contractor who donated the Ford vehicle subsequently received contracts, some of which the Auditor General found problematic.

In accordance with provisions of Article 287 of the 1992 Constitution, the Commission wrote to the president requesting him to comment on the allegations made against him.

The president, through his lawyer, Tony Lithur, responded to the allegations in a letter dated July 18 2016 and denied claims of bribery, corruption and conflict of interest.

The Commission therefore begun an independent preliminary investigation into the matter to ascertain whether the claims made by all parties had basis.

The investigation saw the Commission speaking to key players in the scandal, including ministers of state, Manasseh Azure Awuni, as well as evaluating essential documents including A declaration that Quedrago Cheik Mohammed, the alleged importer of the said Ford Expedition 2010 model with engine No. E173A1905101 and Chassis No. IFMJUIJ58AEB748 was an instrument of fraud in the hands of the sitting President of the Republic of Ghana, John Dramani Mahama.

CHRAJ concluded its investigations and found as follows;

On whether the president breached the guidelines spelt out in the gift policy, the Commission on the evidence of the document and admissions, found the president guilty.