The Nima Boy At Gawbofest 2016 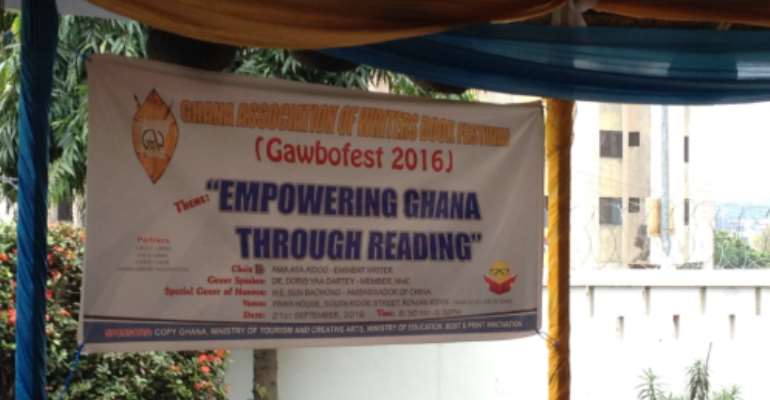 The book Things Fall Apart is the magnum opus of one of the world’s greatest writers, Chinua Achebe. The book is much revered mostly for its popular protagonist, Okonkwo. Others give much reverence to the book because of its show of how the African can speak in complex language by the use of proverbs. The writer states in the book that “among the Ibo, the art of conversation is regarded very highly, and proverbs are the palm-oil with which words are eaten.” I think this resonates with all Africans too and not only the Ibos.

Some of my all time favorite proverbs in that powerful book are “a man who pays respect to the great paves the way for his own greatness”, “looking at a king's mouth," said an old man, "one would think he never sucked at his mother's breast", “the sun will shine on those who stand before it shines on those who kneel under them. Another one that I love profoundly is “when the moon is shining, the cripple becomes hungry for a walk.”

If you do not know the meaning of the last one then let me help you. I love reading. Permit me to say “reading is bae”. Reading gives us wings to fly. The more one reads, the more he learns. The more he learns, the more he enlarges the lens through which he focuses the world. There is something so special and unique about reading that one can’t explain but only readers understand. Ben Carson states that “If we commit ourselves to reading thus increasing our knowledge, only God limits how far we can go in this world.” To say I love reading is an understatement. I want to live a reading life.

The event came off on the 21st September, 2016. Coincidentally yet significantly, it was the birthday of the first President of Ghana, Kwame Nkrumah, a man who was reading personified. He had about ninety-percent of his luggage when returning from the United States of America and United Kingdom composed of books. A testament to his overwhelming reading habits.

Under the chairmanship of the great Ghanaian writer Ama Ata Aidoo, the event attracted men and women across the length and breadth of the nation and beyond who blazed and are still blazing the trail of the honored life of literacy. Renowned Ghanaian poet, cultural-Activist and Academic, Atukwei Okai was present in his resplendently-beautiful apparel. The President of the Association of Nigerian Authors, Denja Abdullahi, the Minister for Tourism, Dzifa Gomashie and many others that space will not allow us to mention graced the occasion.

The message delivered by the Secretary-General of Pan-African Writers Association (PAWA), Prof. Atukwei Okai was poignant and solid to say the least. He took us though the significant role African writers played against the ignoble colonialism and also their resolution to “preserve African spirit and brotherhood through the agency of literature.” He also showed the strong relationship between the Ghana Association of Writers (GAW) and Association of Nigerian Authors (ANA). In the year 1975, he was made an Associate member of ANA founded by the famed writer, Chinua Achebe. In a reciprocal style and fashion, the first president of Senegal, Leopold Sedar Senghor, Chinua Achebe and Wole Soyinka were made Fellows of Ghana Association of writers in later years. He underscored the need to imbue in our children the honored life reading. This he stated will give the child a future. “And what we need to understand in this country is that the future of a child is the future of the country.”

To further cement the relationship between GAW and its Nigerian counterpart, the President the Association of Nigerian Authors told the gathering how as a child, he used to read the works of Atukwei Okai, Prof.Kofi Awoonor, Ama Ata Aidoo, Cameron Doudu and other great Ghanaian writers. He pointed to the fact that Ghanaian writers are much revered in the land where the man who first fired the spirit of Nationalism in Nkrumah hails from. That is the first President of Nigeria, Nnamdi Azikiwe. He also recounted how the Pan-African Writers Association was formed and its headquarters situated in Ghana. He ended by presenting a citation of honor to Professor Atukwei Okai.

The Guest Speaker for the day was our own Dr. Doris Yaa Dartey. The highlight of her speech centered on the empowering effect of reading. As a child who used to work on the village farm with her mum, she was one day chased by a green snake. Since that day, she resolved to read more in order to move herself far away from the habitats of snakes. Another interesting story she recounted was how they used to wrap what her mum sold in paper which she called graphic (most Ghanaians call every newspaper graphic). Eventually she read more and served as the Board member of Graphic Communications Group Limited. She also declared Ghana sick of a disease she termed National Reading Deficiency Syndrome and charged the Association to take it upon its shoulders to ensure a well-established reading nation.

“ The ancient Chinese sage Confucius once said, "Curiosity is more important than knowledge itself, and interest is even more important than pure curiosity". The Book Festival helps arouse people's interests in reading, foster good reading habits and promote the development of Ghana's cultural industry.” This was what the Guest of Honor, Chinese Ambassador to Ghana, Sun Baohung opened with her address. She never left without reminding us of the Chinese commitment towards reading and scholarship. “ The ancient Chinese mottoes and stories to encourage reading are countless, such as "There are houses of gold and ladies of beauty in the books", which means reading helps us learn so much about beauty and truth that we can live a better life in our own ways. This is frequently referred to motivate students to read more books and study diligently to be men of insight. Chinese people believe that "One has to be a good scholar before he becomes a good official, and a good official should never stop learning". She intimated.

“Reading as a man's hobby may change his life. A nation advocating reading and attaching great importance to education would lift the nation's comprehensive quality to flourish and grow. Highly regarding reading and education, so to speak, is a strong driving force to the great rejuvenation of Chinese nation. The strategies of "rejuvenating China through science and technology" and "mass entrepreneurship and innovation" currently adopted by Chinese government are also consistent with this paradigm.”

One outstanding moment of the day also on the day was the book-reading and poetry recitation and performance session. It was all ‘edutaining’ (entertaining and educative) when poets like Poet Pobi (who dazzled everyone with his baritone voice yet profound and deep lyrical composition), African Prince etc mounted the stage to do their performances.

The students also from Accra Girls Senior High School, Osu Presec, Jack and Jill spiced up the place with their colorful uniforms and wonderful pieces of art on papers. The Ghana Library Authority also came with the mobile van and computers to add a technological bite to the gathering.

The President of GAW, Nana Kwasi-Gyan Apenteng told us the formation of GAW coincides with the year Ghana attained independence. Thus GAW is going to be sixty years old next year together with the republic of Ghana. GAW must therefore stamp and entrench its authority as the vanguard that is leading the charge of civilization drive in the country. Reading brings massive civilization.

The Jews are leading the world with “knowledge, industry and commerce.” “I do not recall a Jewish home without a book on the table” as stated by Elie Wiesel, a Holocaust survivor.

The book Life Realities and Strategies by Sheikh Ishaak Nuamah taught me one thing. It taught me that “we must read because we are created to do just that. And man’s advancement is entirely dependent on it. It is source of spiritual and mental empowerment. The instruction “Read” is a direction towards curiosity and civilization.”

Inusah Mohammed
[email protected]
The writer is a Youth-Activist and a Student of Knowledge.