Thoughts Of A Nima Boy: Eid Mubarak To All Ghanaians 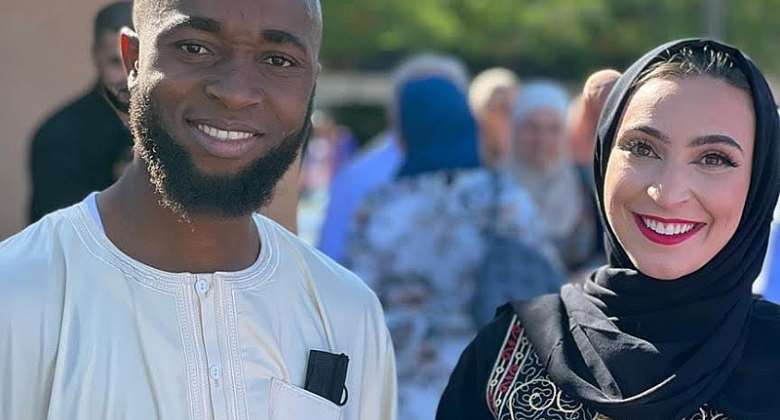 Twenty-five percent of the world’s population will celebrate one of its two festivals all around the world starting from tomorrow, Saturday, 9th July 2022. The celebrants are the adherents of Islam (popularly known as Muslims), an Abrahamic, strictly monotheistic and the second largest religion in the world with over two billion followers. The festival is known as the Eid-ul-Adha. Eid ul-Adha (loosely translated as ‘festival of the sacrifice’), is the second festival on the Islamic calendar. The first one Eid-ul-Fitr was celebrated in the month of May to signify the end of the month-long fasting period for Muslims.

Eid-ul-Adha is a commemorative celebration of the profound devotion shown by Prophet Ibrahim to his Lord and his readiness and total submission to the will of his Lord that he obeyed to sacrifice his son upon the dictates of his Lord. In the end a ram replaced his son when he was just at the brink of slaughtering his son. Thus, his will and wits were tested by Allah and his level of commitment was found to be without blemish. The festival is for a day, but the celebration continues for four days. Thus, an animal could be slaughtered on any of the four days including the festival day. The act of sacrifice is carried out immediately after the Eid prayers which are done congregationally in mosques and open spaces. This consists of slaughtering an animal as a sacrifice to signify that of Prophet Ibrahim to Allah. The animal could be a camel, bull, cow, lamb, sheep, goat in a very healthy condition and over a certain age to be slaughtered, in a “halal” friendly and Islamic way and shared to family, friends and those in need.

Just like other observations in Islam, the festival doesn’t have a specific date of celebration. Rather it changes because the Islamic calendar is lunar, so it changes relative to the Gregorian calendar. Usually, it is eleven days clear off the Gregorian date of the previous year. To make it simple, last year’s festival fell on 20th July 2021 and this year’s is 9th of July 2022. Eleven days clear. The festival falls on the 10th day of the twelfth and final month in the Islamic calendar, Dhu al-Hijjah and coincides with Hajj, one of the fiver pillars of Islam which is the pilgrimage to Makkah to observe specific religious rites and is mandatory on all healthy Muslim adults with the financial capability

The festival begins with prayers said in the mosques, open spaces by Muslims dressed in their best of clothes for the occasion with a great deal of praises and exaltation of the name of Allah which is then followed by the slaughtering of an animal (the sacrifice) and the distribution of the meat to the poor and the needy, friends and families. It is marked by great merriment and happiness. There are community gatherings also for wining and dining.

One very important lesson Muslims take from this festival is the zeal and determination to overcome trials in the journey of life. No one goes through life without any trials and tribulations. No great life ever flowed without passing through fire, without having to overcome challenges, without having to struggle against forces. No great life ever had it easy. These tests refine and make you a better version of yourself. Prophet Ibrahim faced a real test from his Lord, and he passed with distinction. Thus, we do not have to be broken down by these trials. We must push through and achieve our goals.

Another important lesson too is that of sacrifice. The willingness of Ibrahim (Abraham) to sacrifice his son as an act of obedience to God’s command stands strongly as a testament to the fact that you must let go of something very important to attain something pristine. Another lesson we learn is the development of the capacity for selflessness. That we must appreciate those above us and not forget those below us in the privileges that life provides. The overall lesson is that of love. The love for life, love for humanity and love for the progress of everyone around you. Islam teaches Muslims that they will never succeed here and in the hereafter without loving one another. The love for the underprivileged and the downtrodden in the society.

The Quran teaches that Allah has granted us abundance so therefore we have to sacrifice and give Him all the praises. Sacrificing an animal means you thank God by serving humanity from the sustenance He blessed you with. The traditional greeting for the festival is Eid Mubarak which means Blessed Festival.

Eid Mubarak to all Ghanaians.

NB: The Writer is a Community Organizer, Youth-Activist and a Literacy Advocate

Our SinoHydro road projects has silence NDC, when we talk th...
22 minutes ago

Let's go on our knees and pray for Akufo-Addo for God's inte...
49 minutes ago