Step down or face us in court – PPP to Mahama 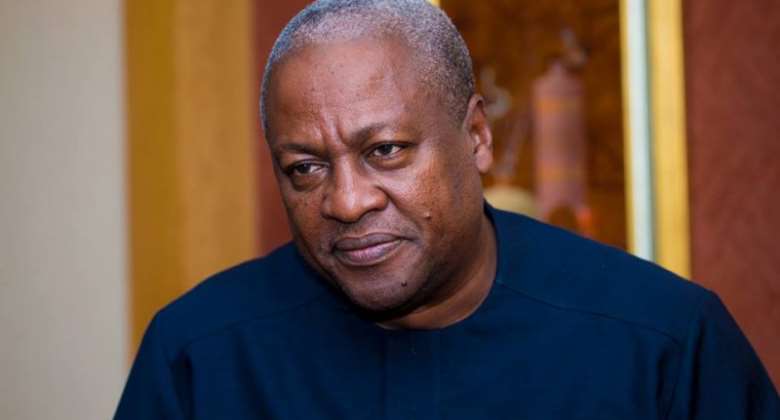 Dr. Papa Kwesi Nduom’s Progressive People’s Party (PPP), has called on President John Dramani Mahama to step down as Head of State, following the revelation that he accepted a car gift worth over $100,000 from a Burkinabe contractor, allegedly to influence him.

The Burkinabe contractor, Djibril Kanazoe, has admitted giving President Mahama a Ford Expedition vehicle, for which the President called to thank him.

The gift according to reports, was prior to an attempt by the contractor, to win a bid to execute the Dodo Pepeso-Nkwanta road construction project.

The PPP argues that President Mahama’s acceptance of the gift from Djibril Kanazoe, prior to the award of a contract to him, is in violation of the constitution.

Corruption allegations a ‘blot on his presidency’

Speaking to Citi News after a press briefing in Accra today [Friday], the party chairman, Nii Allotey Brew Hammond, insisted that the President had stained himself and the presidency with corruption.

“I will ask him [President Mahama] to step aside because it is not rubbing off very well on his presidency. This will be blot on his presidency having accepted a gift of this magnitude from a contractor seeking business from his government.”

Mr. Hammond bemoaned the effect of corruption on development and stated that Ghanaians should be concerned because “office holders ought to know that they can't accept certain gifts.”

“All of us ought to be concerned. Do you how many other gifts that have gone under that we haven't seen. You don't know, there may be others,” he added.

According to Mr. Hammond, “We are talking to all manner of people and if it gets to the point where we believe that nothing is happening and that the government is just ignoring these practices, we may seek a court order… I am not saying we are considering a court case today, but it is not off the table. It is something to be considered.”

Minority to consider impeachment?
Government has already rejected allegations of any wrongdoing by President Mahama, but a member of the Minority in Parliament, has hinted of an impeachment process against the President for wrongful conduct.

According to the Minority Spokesperson on Constitutional and Legal Affairs, Joe Osei-Owusu, the gift of a Ford Expedition was a bribe to influence the President to give out deals to the said contractor, citing a conflict of interest.

Government has since admitted the President accepted the gift, but says the car was added to the government’s pool of vehicles, and that it cannot constitute bribery.

I've never taken a bribe – Mahama
President Mahama in May this year, boldly declared that he has never accepted a bribe .

The President, who was in London to partake in the Anti-Corruption Summit being organised by the UK Government, said this in response to a direct question posed by a BBC Journalist.

In an interview with the BBC on the sidelines of the summit, President Mahama said, “Any human being would have encountered corruption in one way or the other. What you need to do is to put yourself in a position to (resist it)”, the President noted. But when asked was specifically asked if he had ever taken a bribe before, the President was quick to say no, “I haven't taken a bribe.”