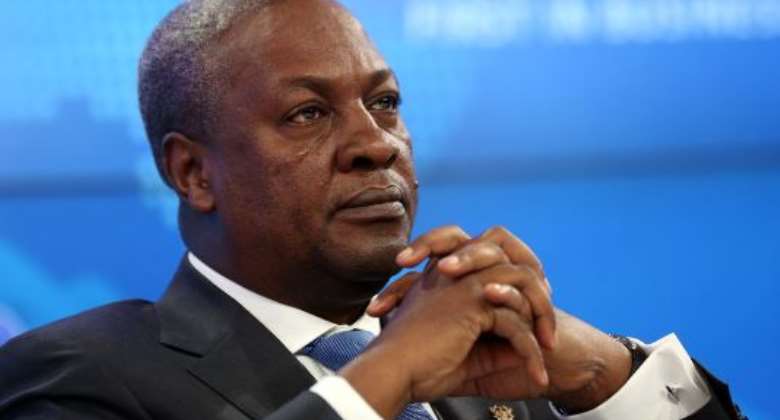 The Head of the unit of the Citizens Complaints Centre at the Presidency, Dr. Clement Apaak has jumped to the defense of President Mahama in the controversial Ford vehicle gift saga.

The center says the President did no wrongdoing in accepting the gift.

Dr. Clement Apaak said  there is no need for the calls for the impeachment of the president.

According to him, the President is still determined to tackle and reduce corruption in the country.

“It is not the basis for anyone to make that type of noise and to climb on their high horses, stand on their soap boxes to scream as laud as their doing. I can assure you of one thing; this president is the only president in the history of the fourth Republic who has determined and has worked assiduously publicly to deal corruption an active and strong holding blow and he is doing that.”

“I guarantee you that his detractors who think that they are going to use this to destroy his hardly earned reputation and his concerted fight against corruption are going to lose the battle because the evidence is there to show,” he added.

Calls for Mahama's impeachment
President John Dramani Mahama has come under intense public bashing for accepting a car gift worth over $100,000 from a Burkinabe contractor, allegedly to influence him.

Clement Apaak
The Burkinabe contractor, Djibril Kanazoe, has admitted giving President Mahama a Ford Expedition vehicle, for which the President called to thank him.

The gift according to reports, was prior to an attempt by the contractor, to win a bid to execute the Dodo Pepeso-Nkwanta road construction project.

Though government had confirmed that acceptance of the gift, they claimed the president has not used the vehicle before.

Step down or face us in court:
But Dr. Papa Kwesi Nduom's Progressive People's Party (PPP), has called on President John Dramani Mahama to step down or they will be forced to do that through the courts.

Speaking to Citi News after a press briefing in Accra today [Friday], the party chairman, Nii Allotey Brew Hammond, insisted that the President had stained himself and the presidency with corruption.

“I will ask him [President Mahama] to step aside because it is not rubbing off very well on his presidency. This will be blot on his presidency having accepted a gift of this magnitude from a contractor seeking business from his government.”