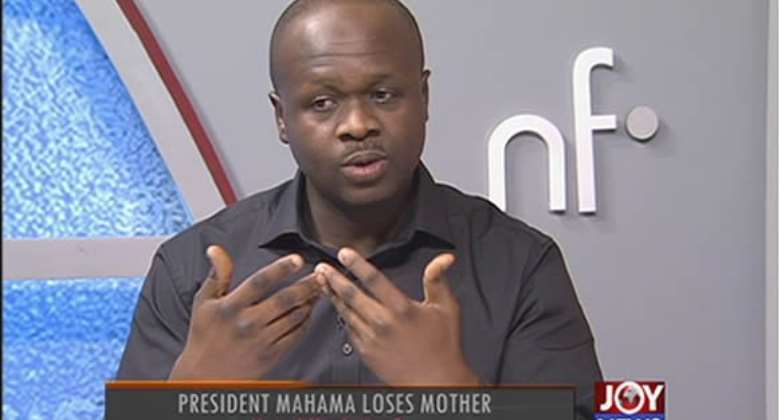 The Communications Minister has stated that President John Dramani Mahama is not a man who takes gifts meant to bribe him.

Dr Edward Omane Boamah said the President has exhibited on several occasions that he is against any form of corruption in the country adding the Ford Expedition car given to Mahama was merely a gift.

President Mahama is caught in what many have described as an untidy controversy following Joy News investigative journalist, Manasseh Awuni Azure's latest piece.

Burkinabe contractor, Djibril Kanazoe sent a gift of $100,000 car to the President whom he told Manasseh Azure is his friend.

Mr Kanazoe was behind the construction of the controversial $650,000 Ghana Embassy wall in Burkina Faso.

Many anti-corruption campaigners, as well as some civil society organisations, have slammed President Mahama in what they say is his blatant disregard for anti-corruption guidelines in the country.

Some have said that Mr Kanazoe being a foreign businessman makes the deal fishy considering he is winning government contracts.

However, speaking on the Joy FM/MultiTV news analysis programme, Newsfile on Saturday, Dr Omane said the “car as a gift has no way to influence” the contracts that Mr Djibril won from government.

According to him, after the findings of the investigation were aired on all the Multimedia channels, “It did not take more than 8 hours for me to put out what government’s version was.”

In the statement issued Thursday June 16, government said, "The said vehicle, which was placed in the vehicle pool at the Presidency as per established convention had nothing to do with the award of the contracts. The inference of conflict of interest is therefore absolutely false and untenable."

Dr Omane said the scope of the options in Manasseh's asking in the promos “is the car gift a bribe or conflict of interest or both?” was limited because the investigator, had it in his mind that it was a bribe.

Mankessim murder: Another suspect grabbed at Akwakrom
39 minutes ago