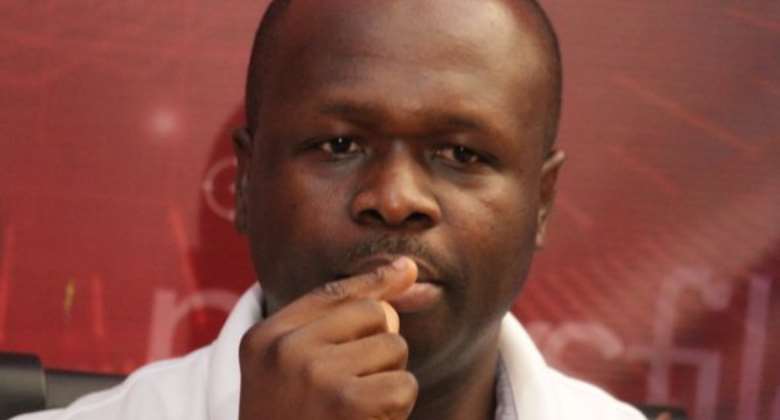 The Progressive People’s Party (PPP) has taken a swipe at the Communications Minister, Dr Edward Omane Boamah for his comments that President John Dramani Mahama is an incorruptible man.

This is in response to comments made by the Dr Boamah on the Joy FM/MultiTV’s news analysis programme, Newsfile on Saturday, June 18, that the President cannot be bribed by anybody.

A statement signed by the party's Policy Advisor, Kofi Asamoah-Siaw and copied to Myjoyonline.com said considering that a Ford Expedition vehicle was given to President Mahama by the Burkinabe contractor, Oumarou Djibril Kanazoe, there is no way anyone will absolve him (the President) of bribery.

President Mahama has come under severe criticism following Joy News’ Manasseh Awuni Azure’s revelation from his investigation that the President was given a Ford Expedition car valued at $100,000 by the Burkinabe contractor. The contractor was later to receive two contracts from the Ghana government.

But the PPP said the minister’s claim about the incorruptibility of President Mahama is “unsustainable.”

Read the full statement below:
The Minister Communications, Dr. Edward Omane Boamah in his attempt to absolve President Mahama from any wrongdoing in the Ford Expedition gift saga, stated emphatically on Joy FM news analysis show Newsfile that the president is incorruptible. Perhaps, Dr. Omane Boamah does not appreciate the actual meaning of incorruptibility. According to the Merriam-Webster dictionary, incorruptible means “incapable of being bribed or morally corrupted”. We wish to focus on, for the time being, on “incapable of being bribed”.

The purpose of this statement is to make it clear to the Minister of Communications that the circumstances of the “gift giving and acceptance of same by President Mahama renders the Minister’s statement on the president’s incorruptibility inaccurate. The president accepted a gift that influenced the decision to award the Burkinabe native the two contracts in 2012.

The President of the Republic of Ghana has taken a gift from a Burkinabe Contractor under bizarre circumstances and the Minister of Communications wants Ghanaians to believe that the president is incorruptible. According to the Minister, the gift did not influence the successful bid of the Burkinabe for the two contracts and also that the gift was presented to the State by the president to shore up the presidential fleet after he received it.

We wish to make a number of things clear to the Honourable Minister of Communications why his conclusion on the president’s incorruptibility is unsustainable. Ghana has not commissioned our president to go around the globe accepting gifts from private individuals, contractors and friends to shore up the presidential fleet. What we have told our president to avoid conflict of interest situations as contained in article 284 of the 1992 Constitution.

Secondly, Dr. Omane Boamah should appreciate that all bribes come in the form of a gift. Moreover, two items of the same kind and same value can be a gift or bribe depending on the circumstances of the giver, the taker and the relationship between the giver and the taker. In this particular case, the relationship between the president and his Burkinabe friend constitutes a conflict of interest situation, and therefore the Ford Expedition gift is considered a bribe.

This matter of national and international embarrassment cannot be resolved with the usual propagandist approach without the culprit suffering the penalty for it. We expect parliament to initiate impeachment proceedings against the president for this act of gross misconduct.