Mahama Receives Goats, Sheep As Gifts So Car Is No Big Deal—Loh 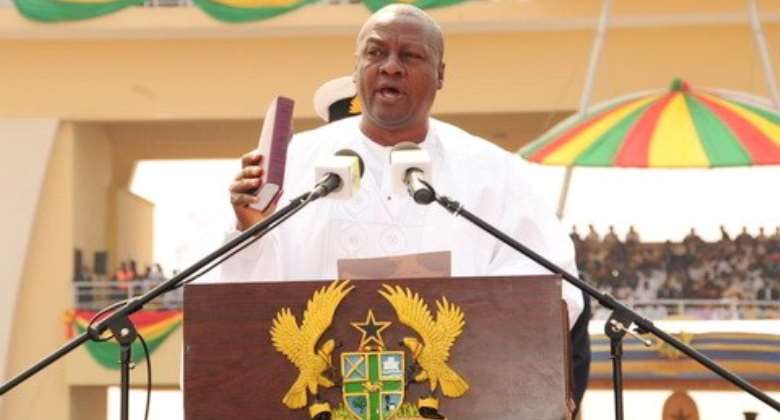 National Democratic Congress (NDC) Member of Parliament for North Dayi says the brouhaha about a 'car gift' given to President John Mahama is just “a storm in a teacup”.

According to George Loh, the President when on his working visits across the country, receive "goats, sheep and smocks at gifts" thus accepting a car from a contractor is no big deal.

Ghanaians are outraged after Joy News investigations revealed that, President Mahama was given a brand new Ford Expedition in 2012 by the contractor who won the bid to construct the $650,000 Ghana Embassy Wall in the Burkina Faso capital, Ouagadougou.

According to reports, in 2014 Parliament’s Public Accounts Committee ordered the Bank of Ghana to investigate the transaction when the cost of the project came up.

But checks by Joy News reveal the Bank did not undertake the investigation. The contractor in question is the same person who also won the bid to construct the recently commissioned Dodo-Pepeso section of the Eastern Corridor Road.

JOYNEWS checks also show there are moves to award him an 82 million cedis contract on sole sourcing. Manasseh Azure Awuni who travelled to Burkina Faso to meet the contractor reports that he admitted giving the car to the president but insists it is not a bribe.

Government in a statement issued by Communications Minister, Edward Omane Boamah said though the car was received, it had nothing to do with the contract awarded.

“Former presidents John Agyekum Kufuor and Jerry John Rawlings all received gifts so should we say they also awarded contracts? He quizzed.

The North Dayi MP could not fathom why the issue is being blown out of proportion the Ford Expedition is just a “gift not bribe”.

George Loh said he would have criticized the President “If he [Mahama] had taken the car and registered it as the property of John Dramani Mahama but having received the car and given it to the state, I think we are creating a storm in a tea cup”.