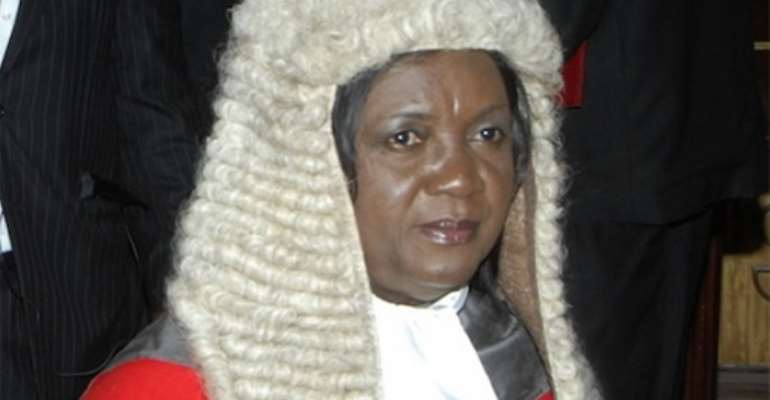 The Judiciary in Ghana has been thrown into disarray following a report that 36 superior court judges have been caught red-handed in the web of bribe-taking.

The damning revelation is contained in the latest exposÃ© of sensational investigative journalist, Anas Aremeyaw Anas, which is yet to be released but a copy of which is available to starrfmonline.com.

Titled 'Ghana in the Eyes of God- Epic of Injustice', the piece of investigative work will be premiered at the Accra International Conference Centre on September 22, 2015.

According to sources, the bribery scandal has shaken the judiciary to its very foundation, with some of the high profile judges already putting in their resignation, while others may have to be pushed out.

Attempts to reach some of the affected judges at press time last night were unsuccessful, as their phones had been switched off.

Most of the judges had handled high profile cases with questionable outcomes that shook the nation like an earth tremor.

Sources said the investigations took the journalist about two years to complete, with video and audio evidence.

Some of the judges were heard negotiating with agents of criminals going through trials in their courts.

When news about the exposÃ© broke, some of the judges, according to sources, quickly dashed to the office of the Chief Justice, Georgina Wood, pleading with Her Ladyship to stop its release; but there was little the CJ could do.

The judiciary has oftentimes been accused of corruption; but little had been done to weed out corrupt judges.

This time around, however, according to Anas, there is hardcore evidence to pin the 36 superior court judges down to their corrupt acts.

The video shows money changing hands with judges while some were heard loud and clear negotiating on how much it would take to influence their decisions. They were trading justice as 'kelewele' is bought in the open market.

One of the judges was heard saying: 'What if I release him (armed robbery suspect) on Friday and I don't see you again?